How to exercise through a cold, dark, horrible winter lockdown

TAKING up running isn’t so attractive when it’s pissing with rain and freezing, but you’ve never been this fat. So how can you emerge from lockdown healthy?

Yes, his famous PE classes are coming back, meaning you can exercise without setting foot outside your living room. Unfortunately, his chirpy demeanour will be unbearable now the novelty’s worn off, and you’ll end up red-faced and breathing raggedly from screaming ‘It’s alright for you with your big living room!’

Not the Dancing On Ice kind, but the routine walk to Tesco that becomes a death-defying slide down an ungritted pavement that you’d better hope you get through without a broken ankle or you’ll spend nine hours in A&E boosting your viral load.

Did you know that lifting pounds of flour or litres of milk can increase your muscle mass? And if you lift them in the right order, you’ll end up with a lovely cake mixture to pop in the oven. Lifting bottles of wine straight to your mouth works too.

There’s only one way to exercise, and that’s throwing money at it. So now gyms are closed get a large, expensive piece of equipment, preferably with a monthly subscription. You’ll only use it once but it’s great for hanging wet washing on.

You can burn around 100 calories per day by fidgeting, so if you schedule in an hour’s weeping while rocking back and forth every day then you’ll have toned thighs, strong triceps and absolutely jacked tear ducts by spring. 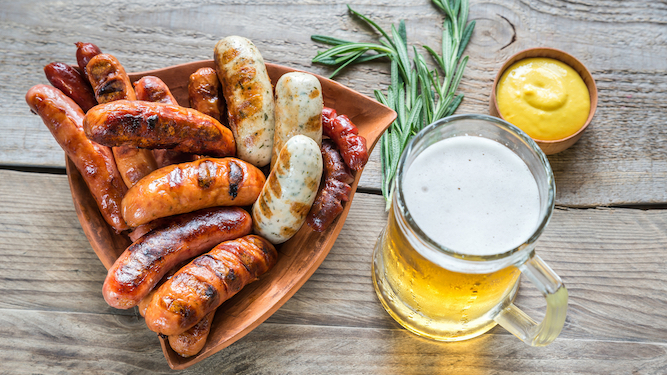 DOCTORS have issued a public health warning the public that doing Dry Veganuary in a national lockdown is not achievable.

Bored, self-regarding Britons chasing detox thrills by abstaining from alcohol and animal products simultaneously could realise they have nothing to live for within days, according to medical professionals.

Dr Julian Cook said: “Neither of these challenges is insurmountable alone. But after the strain of this past year, attempting even a single week without the assistance of meat and alcohol is inadvisable.

“Thankfully gyms are closed so there’s no attempt to get fit as well, or we’d already have seen fatalities. It’s frankly just not the time for it.

“With the combination of winter, Brexit and the ongoing pandemic, we’re urging people to give their bodies what they need. We recommend either continuing to drink at holiday levels or gorging on meat like Henry VIII. Or ideally both.”