'Level 3: Go out and buy shit' and the rest of the government's coronavirus alert levels 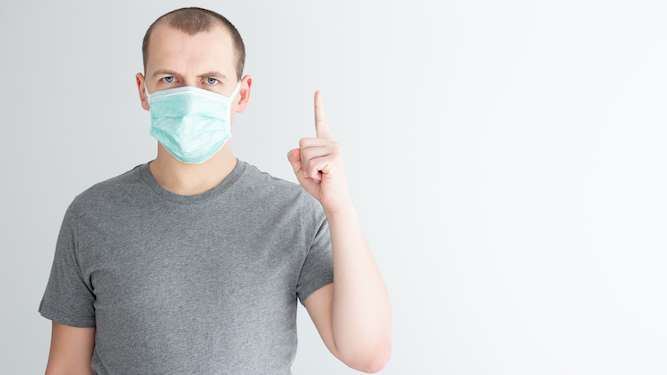 The alert level has just been downgraded from four to three, which means ‘Time for you workshy layabouts to earn money for us’. What are the other levels?

Level 5: Stay at home because we’ll look bad if you all die

During level 5,  there is a ‘material risk of the government looking utterly incompetent’. Strict social distancing is in place so they can backtrack on their original plan of sacrificing the weakest members of society.

Level 4: Please can some people go out because our rich pals are getting edgy

Level 4 means there is a high risk of infection, but a higher risk of rich Tory donors losing money due to the economy being shut down. The government asks that anyone who can keep the cogs of capitalism turning bloody well should.

Level 3: Go out and buy shit you don’t need

The UK is now at Level 3, which means the virus is still in general circulation but why not risk standing in a big crowd waiting for Nike Town to open? At least you’ll spend some money before getting ill.

Level 2: Fine, you can hug your mum if you must

When we reach Level 2, social distancing will have relaxed enough for people to be able to hug their friends and family for the first time in months. It’s nice, but nowhere near as important as being allowed to go to Primark.

Level 1 means Covid-19 is no longer present in the UK and we can all pretend that the UK didn’t balls up its response. Anyway, the pubs are open again so who gives a shit.

What kind of cheerful dickhead are you? 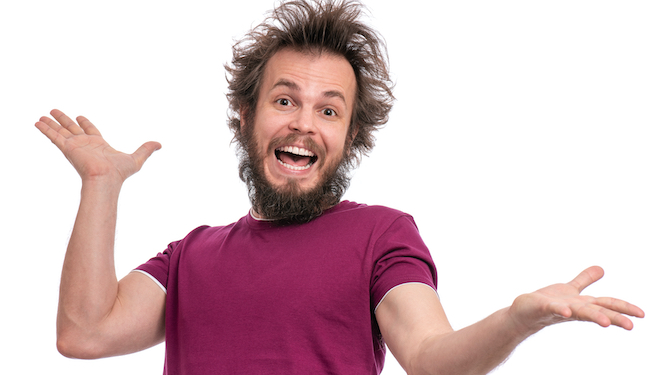 THE world is full of needlessly cheerful dickheads making provably false statements that piss everyone off. But which one are you?

‘A smile’s just a frown upside down’ dickhead

This is superficially true, but so is ‘a person’s just a corpse that hasn’t died yet’ and nobody wants to hear that wisdom. There may only be small physical differences between two facial expressions but there’s a world of pain between them, you optimistic twat.

What, a global pandemic? A new Great Depression? A right-wing dictator-wannabe taking over the world’s most powerful army? Look out of the f**king window, dickhead. The only way this cliche could cheer anyone up is if it was referring to the next series of Love Island.

‘Laugh and the world laughs with you’ dickhead

Anyone who’s ever watched Friends with their granny knows this is a load of cock. Laugh, and the world says ‘What are you laughing for? What did she say? Is she meant to be a prostitute? Well, she looks like one. Your great-granddad went with one in Naples during the war.’

Who dances when there’s nobody watching? Literally the point of dancing is for others to see it. ‘Perform Hamlet soliloquies like there’s nobody listening.’ ‘Paint a picture then burn it.’ ‘Give shitty cheerful advice to people who don’t want it.’ Same thing.

You f**king what? I already didn’t want all these lemons and now I’ve got to set up some kind of beverage manufacturing process? And who gets the lemonade? Let me guess, all the twats who gave me the lemons in the first place.