Malingerers prescribed a course of hippies

DOCTORS are hoping to reduce the number of patients with back complaints by forcing them to listen to hippies.

Traditional methods of treating lumbar pain such as diagnosing an actual illness and treating it with drugs, have proven ineffective, forcing the NHS to turn to chakra-juggling.

GP Roy Hobbs said: “I’ve gone through a pad and a half of sicknotes on the same forklift driver who accidentally picked up a box of pencils back in 1997. But he started to feel better after just two sessions of wind chimes and tofu-based flatulence.

“I think the final straw was when the hippies started discussing their recent trip to Bhutan. He managed to bend down to tie his shoes for the first time in years, as well as lifting a Fiat Punto that had blocked him in the carpark.”

Doctors have called for new research into alternative therapies and the lengths people will go to in order to avoid dealing with the people who peddle them.

A study in Carlisle amongst patients unable to work due to depression has already found that 65% of them felt able to return to their jobs when faced with the prospect of having their illness dealt with by someone named ‘Umbrella’.

Hobbs said: “I would even welcome having an alternative practitioner based permanently in the surgery so I could quickly divert the liars their way and get on with dealing with people who have convinced themselves they are actually unwell.”

Iran better not f*ck me around today, warns cigarette-free Obama 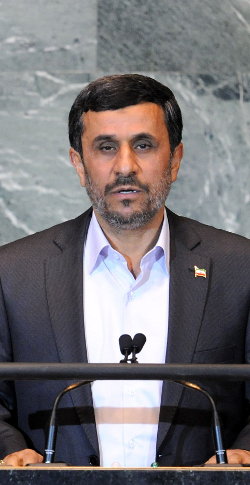 GIVING up smoking has put Barack Obama in the mood to launch a few warheads, it emerged last night.

At an impromptu press conference seemingly arranged as an excuse to have a go at someone, the harried-looking US president warned Iran and North Korea that this would be a really, really, bad time to pull any of their shit.

He said: “I want to send a clear message to all potential agitators, any enemies of freedom – I am on the Nicorette gums. And frankly, they don’t seem to be doing a whole fat fucking lot of good.

“Also Allen Carr’s ‘Easyway’ is not living up to its name.

“So if we send weapons inspectors to your godforsaken country in the next few days, you’d better fucking let them in.

“And don’t even think of trying that oh-we’re-just-testing-some-missiles-in-the-ocean-to-see-what-happens antagonistic brinkmanship bullshit. Unless you like the idea of everything you’ve ever known or loved being atomically fried.

“Because believe me, those nukes will be heading your way in less time than it would take smoke a lovely, juicy full fat Marlboro that smells better, richer, more invigorating than a cedar wood forest after a late spring shower.

“Maybe in a few weeks’ time I’ll turn a blind eye to your crap. Right now though, I am drinking a lot of coffee, I’m not sleeping and the only thing keeping my smoke hand busy is the big red button it keeps tapping on.”

He added: “Any of you idiots want to ask a fucking question?”