A MAN who claims he is seriously considering a 26 mile run can barely get off his arse to walk to the shops.

Martin Bishop has told friends and family that he plans to enter the Brighton Marathon next year, even though the last time he properly exercised was when running after an ice cream van in 1998.

Bishop’s partner Emma Bradshaw said: “Whilst I’m glad Martin is thinking about doing something that might stop him turning from ‘slightly chunky’ into ‘big fat tit’, this is delusional.

“He seems to be under the impression that talking about doing it is the same as doing it. It’s the same attitude that he has applied to proposing to me, and I’ve got one foot out the door, if I’m honest.”

Bishop said: “Look, I have bought a Fitbit.” 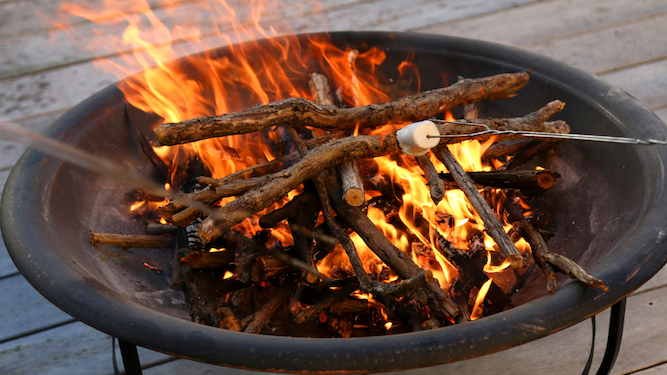 A MIDDLE-CLASS couple have leapt up at least two rungs on the social ladder by being the first in their circle of friends to buy a fire pit.

Julian and Hannah Cook will add the pit, which they expect to use at least twice this year, to the hammock, carp pond, swing seat and chiminea already cluttering their garden to the point of unusability.

Mr Cook said: “Being middle-class isn’t about income. It’s how you spend it.

“In winter we’ve got the log-burner and skiing but in summer it’s about outdoor accoutrements, and this is the largest and most unnecessary yet. We’re thrilled.

“Thanks to gimmicks like this, switching our summer holiday from Portugal to Sicily and naming our son Claude we’ve successfully moved up from lower-middle to mid-middle. I no longer feel like a fraud when I buy sourdough.

“It’s fantastic. We haven’t added this many points in one go since I decided I was gluten-intolerant.”

However, later that day the Cooks found themselves five points down after mistakenly posting their aspirational photo of their feet warming by the fire pit on Facebook instead of Instagram.