It's okay to lose as long as you try your very best, fans assure England

ENGLAND fans have reassured the World Cup squad that they will still be just as proud if they win or lose as long as they try their hardest.

The team have been told not to be nervous, that they are to enjoy themselves and that we will still love them just as much even if they lose six-nil.

Fan Nathan Muir said: “Hey. Hey. You’re my superstars just for making it this far, alright? Don’t go getting yourselves all worked up.

“It’s not about winning. What I want is for you to go out there and do as well as I know you can and show everyone how hard you’ve practised.

“We’re still going out for your special treat after this whatever the result is. All I want is for you to do your absolute best right to the end of the game, and not be looking at me mouthing ‘I’m bored.’

“Go on. Good lads. Your country loves you very, very much.”

Muir could later be seen screaming “Fucking kick it in the fucking goal, you useless fucking bastards!” while red-faced and furious. 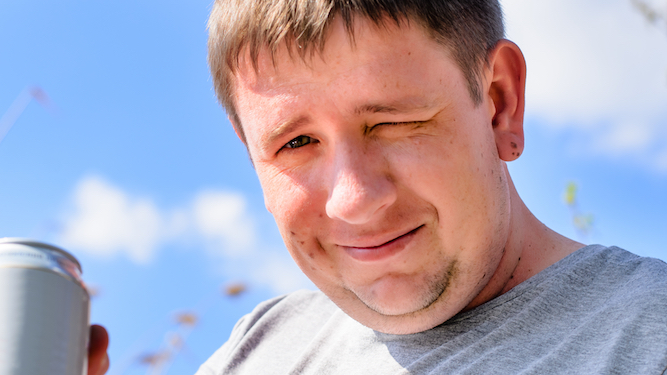 A DAD has already had a full can of lager before anyone got up in anticipation of this afternoon’s England game, he has admitted.

Delivery driver Stephen Malley justifed drinking alcohol before breakfast by reminding his family that the game was at 3pm, not 7pm, so getting a Stella in early was only prudent.

He continued: “Come on. This isn’t a group game. This is serious, and all I’m guilty of is treating it accordingly.

“I couldn’t sleep because of the light, and the heat, and worrying whether he’s going to stick with Sterling or give Rashford a decent chance, and I thought where’s the harm in settling my mind a bit?

“We’ve got plenty of beer if that’s your worry. There’s four cases in the garage so we’ll not go short this afternoon, even if it goes to extra time.

“Alcoholic? Listen love, I wouldn’t be touching the stuff if we’d lost Tuesday. Was I an alcoholic in 2002 when I was sinking them at 7am for the Brazil game? It’s just proper preparation is all.

“I’m going to the fridge. Anyone? After that I’d better get the barbecue fired up. You lot need to get a scoot on.”