Millions trying to wash away the awfulness

SHOWERS are taking twice as long as 20 years ago as people desperately try to scrub off the 21st century, say researchers.

A survey conducted by an enormous conglomerate to sell people more electricity, water and bath mats found that this was exactly the kind of thing that was making people feel so soiled in the first place.

Researcher Nathan Muir said: “I think we’re seeing a definite paradigm shift, partially caused by people like me who use the phrase ‘paradigm shift’ without really knowing what it means.

“A soak in the bath used to ease people’s troubles, but between Jack Whitehall, Andy Coulson, the guy that used to run RBS and the endless procession of decomposing X Factor contestants, we’re going to need those showers they use to decontaminate people who work nuclear reactors.”

The research also found that showers were no longer more environmentally friendly than baths as people were using an enormous amount of hot water to try and wash away the thought of smug, hectoring pricks arguing about global warming.

Nikki Hollis, a prune-skinned office worker from Carlisle, said: “I stand under the hot water until the money runs out in the electric meter but nothing seems to wash away the memory of James Corden laughing at one of his own jokes.

“And I’ve even started using the antibacterial soap surgeons use but I still feel tainted with a thin film of Twitter.” 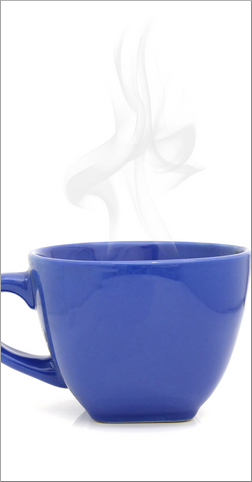 THE notion of a so-called ‘darknet’ has confounded those who were sure the normal internet represented the very depths of human depravity.

The darknet is a hidden version of the internet, where people who are really good at computers exchange the sort of content that was once contained in padlocked books bound with human skin.

Normal internet user Tom Logan said: “The standard ‘vanilla net’ is a helter skelter of evil where two girls doing the most debased things imaginable into a cup is considered a harmless pop culture ‘meme’ and borderline work-friendly good-time.

“My concern is that this so-called darknet, despite its flimsy veneer of government-dodging civil-rightsiness, will drag mankind further into the pit with its next-level wickedness.

“At least that’s what I’ll be saying in court when explaining what inspired my ‘research’ on this nether-net into certain acts involving four girls, six recently-deceased kestrels and a drum full of paint stripper.”

The darknet relies on something called an ‘onion router’, so called because it has many layers, makes you cry and combines well with liver.

Technologist Emma Bradford described some things she found on the darknet: “Not only are there pictures of dead celebrities, you can make an actual dead celebrity corpse come out of your printer.

“I manufactured a mutilated JFK. Don’t do it, it uses 586 ink cartridges.