DIETARY experts have moved to end confusion over healthy eating by confirming that a packet of Opal Fruits does count towards the five-a-day target.

A survey by the British Association of Diet, Food, Lifestyle and Performance (BADFLAP) found that more than 80% of people had forgotten how to eat.

Dr Wayne Hayes, head of research at BADFLAP, said: "People are becoming more confused about what food actually is.

"About a fifth of our respondents had been eating nothing but housebricks after reading an article in the Radio Times.

"More than half had no idea that you can get your five-a day from vitamin-packed superfoods like Opal Fruits or blackcurrant Chewits."

He stressed that high-calorie foods such as housebricks, paving slabs or large chunks of industrial plastic are fine, but only as an occasional treat.

"You'll feel listless, you'll smell like a badger and you'll have to transform your workspace into a high-performance toilet." 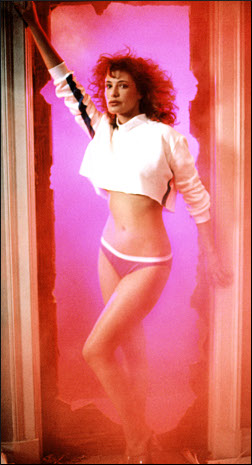 NORTHERN Rock customers were queuing around the block today after the stricken bank said they could take home a receptionist if they left their money in their accounts.

By mid-morning most branches had been emptied of front line counter staff and the bank was forced to hand out post boys and cleaning ladies to disgruntled customers.

It later confirmed that all its call-centre operatives were included in the offer and appealed for patience, promising that every customer would be given a member of staff for their personal use before the end of the week.

Unhappy saver Edith Bowfit, 86, said she had waited in line for eight hours hoping to get her favourite receptionist Tracey Edwards only to be offered the grim-faced and stroppy Jacqui Brambles from accounts.

Mrs Bowfit said: “I love Tracey, she was always happy to chat no matter how busy the branch was and how many people were in line behind me. I heard Mr Allison got her although why he should be interested in young Tracey I do not know. I don’t think he has spoken two words to her all the time she’s worked here, he just stands and stares at her every time he goes in the branch with that funny look he has.”

Bob Jinks, 48, said Northern Rock had given him a sofa, a fax machine and a bullet proof plexi-glass screen after he complained that the choice of staff on offer was so limited by the time he arrived at the front of the queue that he was forced to take home his own wife.

He said: “I waited patiently in line all day and then after eight hours all they could come up with was Mrs Jinks. Is that any way to treat a loyal customer of 20 years? I told them they could shove it, and her, and took the photocopier as well.”