Thatcher Wanders Into No.10 Broom Cupboard 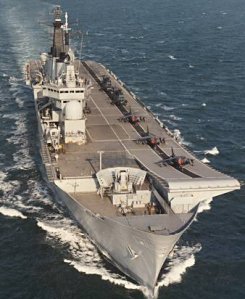 Observers said Britain's longest serving post-war premier may have been looking for her favourite lavatory when she took a wrong turn at the top of the main staircase.

Once inside the cupboard she could be heard conducting a long discussion with an upright Dyson, perhaps mistaking it for Lord Tebbit, the former trade and industry secretary.

One Downing Street insider said: "She came back down the stairs, walked past Gordon as if he wasn't there, headed straight for the PM's office and closed the door.

"We all just shuffled about in the corridor not really knowing what to do."

After 10 minutes at her old desk Baroness Thatcher reappeared and ordered the cabinet secretary to assemble the heads of the armed services so she could be briefed on the latest plans for the invasion of Buenos Aires.

The source added: "She then looked straight at Gordon and said, 'remind me to sack Francis Pym', before slamming the door again."

A government spokesman said: "Later today a police marksman will attempt to take down the former Prime Minister with a tranquiliser dart.

"If successful we can then wheel her out via the whip's office and into the back of a Transit."

Mr Brown and his advisers are expected to work in the basement canteen until Baroness Thatcher has been strapped to a trolley.