Organs really up for being donated

BRITAIN’S organs are very much in favour of being donated.

The country’s organs spoke out after it emerged that the UK still has some of the lowest donation levels in Europe.

Liver Tom Logan said: “I don’t want to die any more than you do, that’s why I’m in favour of being transplanted.

“There’s a lot of filtration in me yet. In the right body, preferably not anyone Scottish, I could go another 50 years.”

36-year-old lung Emma Bradford said: “Lately I’ve been thinking about my own mortality, and decided I would make a great second-hand organ.

“Ideally I’m looking for a non-smoker.”

Research by the Institute for Studies found that the main reasons for not joining a donor register were general cowardice and fear that body parts could be used by bored doctors in an ‘organ fight’.

Professor Henry Brubaker said: “It’s like a food fight. The surgeons are just working away when someone shouts ‘organ fight!’ and suddenly they’re all lobbing spleens and colons at each other.”

He added: “That doesn’t actually happen.” 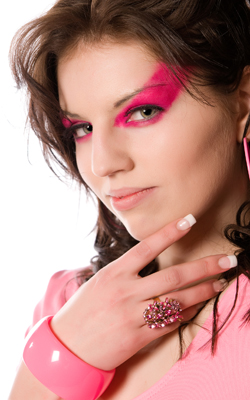 THE government has cut benefits to 80s levels in tribute to Baroness Thatcher.

As a mark of respect for the greatest woman ever known, Jobseeker’s Allowance has been reduced to around £18.

In keeping with the period theme, claimants must sign on wearing spandex skirts or pastel ‘Miami Vice’ suit jackets teamed with espadrilles.

David Cameron said: “It’s what she would have wanted, plus the 80s is such a fun decade, as confirmed by Channel 4 ‘list’ shows. Slinky springs, Space Invaders, poll tax riots…

“We’ve even hired some angry redundant steelworkers from the 80s to sit around the dole offices. It helps create a Thatcher-y atmosphere and they get £6.25 per hour for playing a weird parody of their former selves.”

I am horrified at the spectacle of the Left – incorporating Wales and Scotland – refusing to mourn the death of someone they hated.

“To me she was like a grandmother that I also wanted to go on dates with. If others don’t remember her that way there must be something wrong with them.”