Outrage as NHS staff asked to believe in medicine

OUTRAGED NHS staff are threatening to quit after being asked to believe in the efficacy of medicine to prevent disease and illness.

Frontline health workers told they must get vaccinated to protect themselves and their patients have reacted angrily to the idea that modern medical science has anything to offer.

“But just because I do it doesn’t mean I have to believe in it. That was never part of the job. They don’t make a New Look worker have total faith in the clothes they sell, so why is this any different?

“I’m not some credulous idiot. I’m a highly-qualified professional, so when I see the largest vaccine programme in history protecting hundreds of millions from Covid, I think ‘I wonder what Jeremy Corbyn’s brother thinks about this?’

“Personally I prefer to keep an open mind. Do people admitted to hospitals and treated by doctors get better? Yes. Could that just be coincidence? Yes also.”

Steve Malley of Leatherhead said: “Makes sense to me. I’m an electrician and I don’t believe in electricity. Never seen it. Doesn’t exist.”

The Brexiter's guide to the coming trade war with the EU 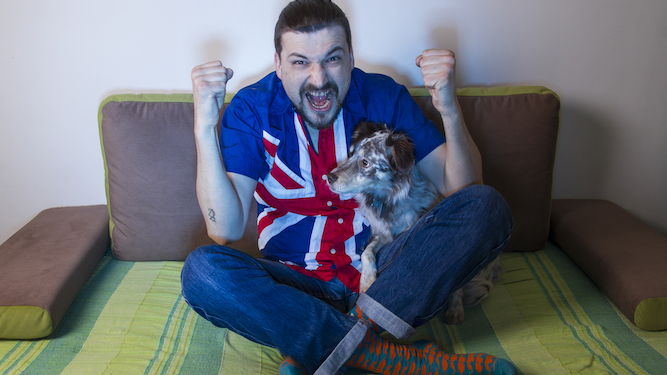 THERE’S a trade war on the way, and it’s going to be brilliant. Norman Steele explains how we will bring the Hun to his knees by not selling him pork pies:

We won the war last time

Technically two wars, but the films about the first one aren’t as good. Gleefully tell everyone you’re looking forward to a Christmas of tinned spam, power cuts and evacuating to the countryside. If you’re gifted Brussels pâté burn it in the garden so the world knows you’re no Quisling.

A trade war is a dry business of raised import tariffs, but don’t let that stop your imagination from going wild. Scare strangers buying Danish bacon in Morrisons by angrily accusing them of collaborating with the enemy and threatening to report them to military police.

Conscription is sadly not part of a trade war. But you’re battling every night on social media, so invest in a smart uniform like Our Boys for sitting on your arse bashing your keyboard day and night: joggers, a fleece and a T-shirt with a Union Jack emblazoned across it.

Have no doubt England will win

You’re not exactly sure what a ‘win’ involves, but confidently claim the plucky, determined English spirit will vanquish the enemy. Forget the Scottish, Irish, Welsh, Americans, Russians and every other nation that was involved in our most recent victories. They don’t count.

A trade war is no Saving Private Ryan, so you’ll be desperate for real action. Wind yourself until you invade your local Lidl to liberate the shoppers from the clutches of shadowy German wholesalers. You’ll end up on the local news as a hero, maybe.