AS the doctors’ strike begins, thousands of sick people have descended on their GP’s natural habitat, the golf course.

The non-availability of medics due to industrial action has drawn sniffling hordes of the unwell to putting greens and club houses in the desperate hope of getting their sickly anatomy looked at.

Doctor Stephen Malley was crushed to death earlier today at a Swindon golf course when an obese man demanding Athlete’s Foot cream toppled into a bunker.

Golfer Roy Hobbs said: “It’s like the night of the hypochondriac living dead. There are people with runny eyes and noses chasing after buggies, or laying in wait behind bushes coughing their arses off.

“Worse still some of them are women which is definitely not acceptable. Although I’m not sure what the club rules are on people with weeping facial lesions.”

Sick person Emma Bradford said: “This is actually far easier than waiting six weeks for an appointment. I just got a prescription for psoriasis cream simply by stealing a ball.”

According to Institute for Studies statistics, there is an 81% probability that any man in a lurid V-neck holding a metal stick who isn’t Sean Connery or an 80s comedian is some sort of doctor.

Surgeon Nathan Muir said: “I thought this was going to be a relaxing day of golf-based industrial action but I’ve just had to do an emergency appendectomy on Hole Four. Now my ‘Rupert the Bear’ style tartan trousers are drenched in gore.” 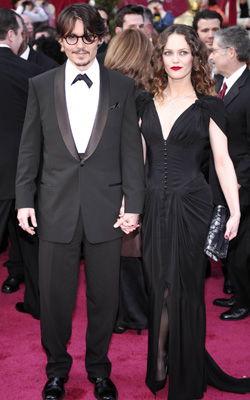 THE break-up of Johnny Depp and Vanessa Paradis has left heterosexual men unsure which one they like most.

The pair spent fourteen years being the most ludicrously attractive couple on the planet but have separated to spread their genetic fairy dust across Hollywood. Now many men are having troubling thoughts about which one they would rather bump into.

Carlisle taxi driver Wayne Hayes said: Ive fancied Vanessa since Joe le Taxi but I was fourteen at the time too, so that’s fine. Well nineteen, but anyway. And these days she looks like an exotic heavy smoker who would ride you like Bob Champion on Aldaniti before starting a massive row and possibly attacking you with cutlery.

But Johnny Depp  I mean, have you seen the cheekbones on the man? He is literally prettier than any woman Ive ever slept with and he seems funny and charming with it.

“I’m not saying I’d do anything sexual but if he wanted me to bathe him and them for the pair of us to lie around in dressing gowns watching foreign soap operas, I’d be ok with that.”

Sexologist Nikki Hollis believe the split is causing the biggest re-assessment of heterosexual feelings since 2005 when Brad Pitt and Jennifer Aniston broke up, causing many women to wonder whether a piece of the Friends star would be no bad thing either.

Hollis said: When faced with a Hollywood level of attractiveness, sexual preference becomes essentially meaningless  in the same way that if you didnt really like red cars and somebody offered you a red Aston Martin, youre going to jump into it with a smile on your face.

These mixed feelings will soon pass and heterosexual men will go back to viewing other men as simply things to fight with, fart with or tell its their round.

Hayes added: Men who are having difficulty with their feelings for Depp should perhaps contemplate his film output post-Sleepy Hollow.

“It’s difficult to fancy someone who’s in a pile of toss. Unless theyre Scarlett Johansson, obviously.