EVERY political issue in the entire world has been sorted out by the leaders of the G20 nations during a single night of drunkenness in a Mexican cantina.

The 60-year Arab-Israeli conflict, the escalating tension between nuclear powers India and Pakistan, and the United States $15 trillion deficit were all dealt with, as were 28 bottles of Rancho Alegre agave tequila, five shakers of salt and a case of limes.

President Barack Obama, who awoke curled in a foetal position on the hotel room floor of the Australian Prime Minister, told a 1pm press conference that all the G20 need to do is piece together everything that was said the evening before and the world will be ‘fucking smooth’.

Obama said: Just because we were drunk, it doesn’t make what was said was meaningless. I’m tired of writing off ideas just because…of…”

Pausing to rub his temples in a pained manner, he continued: “Seriously, the thinking around those tables last night was so unbelievably intense its like its driven a huge goddamn spike of pain right into both of my eyes.

We fixed the international debt crisis on the back of a cocktail napkin, but Felipe Calderón burned it during this drinking game called Ring of Fire.”

David Cameron and Germanys Angela Merkel are avoiding each other following a ‘Eurozone brainstorm’ on a fire escape which allegedly involved tongues and a fumbling attempt at breast squeezing.

Italian President Mario Monti said: I was part of the subcommittees, which is what we called it when we went out for smokes, and I distinctly remember getting that global warming shit wrapped right up.

I went inside to tell that Indonesian guy, Bambang  what a name, right? Bambang!  but he was on the dancefloor and LMFAO was on and that is my jam, man, that is my motherfucking jam so I just lost it.

So far, the only clear solution that has emerged from the evening is the two-word note ‘Nuke Pyongyang’, which South Korean President Lee Myung-bak has tattooed across his buttocks. 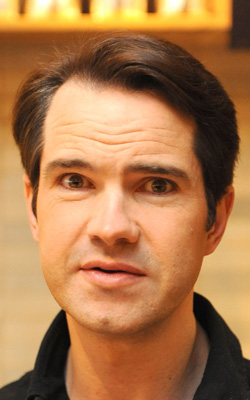 DOZENS of celebrities are rich, it has emerged.

The revelation that internationally-famous household names including Jimmy Carr and Gary Barlow have lots of money and behave accordingly has prompted outrage from hypocrites and the exceptionally slow.

Dull-witted Tom Logan said: I had assumed that Jimmy Carr wrote jokes for free, primarily to entertain the squirrels in his local park, and spent the rest of his time volunteering in an orphanage for blonde children with rickets.

Apparently one of the things that all rich people do is keep all their money in caves on islands, because by doing this it means they get to keep more of their money as opposed to less of it.

Personally, as a fucking idiot I am always looking for ways to pay more tax.

Chief Hypocrite to the Treasury Danny Alexander said: Pop stars and comedians should be governed by the powerful sense of moral integrity that permeates the media community, rather than just doing something because it is legal.

In a double blow to the taxpayer, it has also been announced that private sector companies will be allowed to start taking money directly from the public’s bank accounts.

The move is designed to streamline the process of fleecing everyone, which had previously involved delivering massively overpriced milk, partially cleaning hospital wards or telling jobseekers how to spell their own names.

Managing director Norman Steele said: My company has been bilking the taxpayer for years by providing barely edible school dinners made from cheap Albanian tramp meat, but cutting out the ‘middle man’ means kids no longer have to get Hep C.”

Hairdresser Donna Sheridan said: I couldnt work out why a company called Astradyne Consultancy took £2,400 out of my current account, because we tend not to use £800-a-day PFI consultants in the salon. Two days later I got a letter explaining that it would help pay for some undoubtedly vile little sod called Octavian to go to Eton.