DIRTY pensioners are having sex even though the thought of their naked bodies is so revolting it makes normal people sick, doctors warned last night.

GP Nikki Hollis, 36, said she had to hit one old man with a broom after he came to her surgery and demanded she look at his weeping penis.

She said: “Another woman came in and asked me to inspect her leathery parts, but as soon as she removed her huge knickers and I caught a glimpse of her low-hanging flaps I threw up in my bin.”

Dr Hollis added: “What pleasure can any man get from having sex with a woman who can tie her tits in a bow behind his head?”

Henry Brubaker, of the Institute for Studies, suggested that older people were carrying on with sex because they were not aware that it was comprehensively disgusting.

He said: “We think it might be something to do with their lack of teeth. Unfortunately the team I assigned to measure them while they were at it were forced to claw their own eyes out.

“Conversely, when I recently spent an evening sitting on the end of a bed while a pair of gorgeous 20 year-old girls made love to each other for hours, I found it a joyous, life enhancing and incredibly wet experience.”

Your Baby Is Not As Pathetic As You, Say Experts 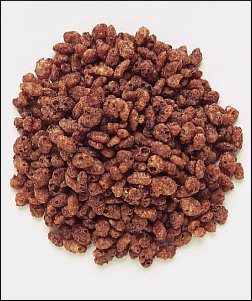 WORRIED parents are being urged not to automatically assume that their baby is as pathetic and ill-informed as they are.

Research has revealed that many parents have already decided their child will suffer from the same made-up food allergies they do.

And a recent study showed that 65% of GP visits were the result of parents believing their baby is developing a Coco Pops intolerance because they have a great aunt who is hypoglicemic.

But now scientists say there are other factors that cause babies to become feverish, develop a rash or shit themselves up to 18 times a day.

Dr Tom Logan, of the Institute for Studies, said: "It's because they're babies."

He added: "If your baby is developing in a perfectly normal way, try to not jump to the conclusion that it must be suffering from that corned beef allergy you read about in Take a Break.

"Also, if you think that you may have an intolerance to cheese, black pudding and Greggs pasties, don't assume that your baby is also going to be a delusional, self-absorbed halfwit.

"The best thing to do is wait until you have finished breast feeding and then either give the baby to Barnardos or leave it outside a big, posh house."