LIVERPOOL fans have launched a bid buy their beloved football club, backed by millions of pounds from the Department of Social Security.

The supporters have put together a complex financial structure made up of 25% genuine welfare payments alongside a mixture of fraudulent incapacity and unemployment claims.

Supporters spokesman Wayne Hayes said: "Between us we reckon we can raise about £500 million, especially as it's been such a cold winter. The number of folk who've come down with a sudden case of rheumatoid arthritis is shocking.

"The DSS provides us with a secure source of funds and if anyone starts asking questions we've got 45,000 sick notes sitting in a warehouse in Bootle."

"This is a major step forward for the club and the city. We did originally plan to steal it but we couldn't find anywhere to keep the main stand as most of the garages round here are full of mountain bikes."

He added: "As far as you're concerned, I haven't worked in 12 years, alright?"

Under the plan the club would be run by an executive committee, elected by the supporters and given the right to swipe a range of quality goods from the office, the boardroom and the club shop.

The first team squad will also have to sign new contracts requiring them to go to supporters' pubs every Saturday night and be told why they will never be as good as Emlyn Hughes and Jimmy Case.

NHS To Replace Homeopathy With Medicine 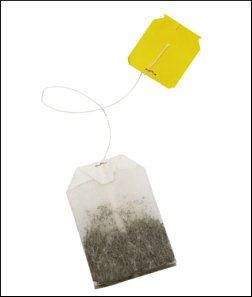 THE NHS is to replace homeopathy with medicine after realising that a wet tea bag applied to the buttocks will not cure cancer.

The homeopathic system was invented in the late 18th century by a German who discovered that sick people would pay to be treated with a mixture of ground-up pubes and lice.

Despite the invention of medicine, the remedies are still used by some people today, up to the point where they discover they actually have something wrong with them and demand proper drugs and an operation.

Henry Brubaker, director of the Institute for Studies, said no one had suffered adverse effects from using modern homeopathic tablets, which contain a mixture of humus and magic air.

He said: “The only people to wind up dead after taking these tablets were already ill. They are perfectly harmless, as long as they are not taken by sick people.”

Bob McKay, 56, said: “I have taken homeopathic remedies all my life so as soon as I started shitting blood I treated it with a tincture of black puddings.

He added: “Are you coming to my funeral next week? My wife needs to know for the sandwiches.”

Nikki Hollis, 26, said: “I used homeopathy to ease the pain of childbirth. If my husband ever comes near me again I'll chop his cock off with a rusty tin lid.”