Play Christmas Covid Cleudo: Which of your bastard guests has given you the virus?

FEELING a bit peaky? Use the clues to deduce which friend or family member has given you Covid in our fun interactive game.

Your guests turn up. Study them closely. They are:

Your mum. She’s a bit off-colour today, but says it’s nothing.

Uncle Roger, a nutty anti-vaxxer who refuses to wear a mask.

Dr Phelps, your hardworking local GP who sees dozens of people every day.

Suze, your pisshead friend who has doomed one-night stands with wankers. Hopefully this year it will be you.

You sit down for Christmas dinner. But things aren’t quite right:

Mum is drowsy and off her food. Normally she’ll gormlessly eat a massive tub of Quality Street with the blank expression of a cow chewing puked-up grass.

Gavin leaves the table early and goes to his room. He’s been doing this a lot.

Uncle Roger doesn’t try to give you an amateurishly produced pamphlet by Piers Corbyn with a title like They’re Putting Surveillance Cameras In Cats – The Facts.

Suze isn’t shitfaced and chatting up a married bloke twice her age by now, firmly believing he’s ‘the one’.

While wandering around the house you find a number of suspicious items. They are:

Five packets of Benson & Hedges, but no one smokes.

An empty bottle of Baileys.

A container of dodgy Chinese pills labelled ‘Special Fitness Tablet For The Big Muscles And Penis’.

Suddenly you are feeling ill, and it’s not the turkey or thinking about how much Brendan O’Carroll gets paid for the f**kitted Mrs Brown’s Boys Christmas special you’re watching. You’ve got the Covid, but you’ve also got enough clues to work out who gave it to you. Try and work it out.

The culprit was: GAVIN. Here’s how you know…

Your mum hasn’t got the virus, she just got wankered on Baileys in the morning because it’s Christmas.

Uncle Roger is Covid-free because he’s an oddball with bad breath no one goes near, hence the spray.

Dr Phelps secretly smokes to cope with all the hypochondriac twats he has to deal with. He’s also a red herring in case smartarses are double-guessing.

Suze is just glum because she hasn’t shagged someone unsuitable using the condoms.

Pathetic narcissist GAVIN was slipping away to do some weights. He thinks he’s so healthy he hasn’t had any jabs and is now more full of illness than a bubonic plague victim with herpes and a cold.

You resign yourself to feeling shite all festive season, then slip out and key Gavin’s Audi in your drive. Partly because of the Covid, but also because he’s blocked you in yet again, the twat.

Kate to hammer out Chopsticks at Westminster Abbey concert 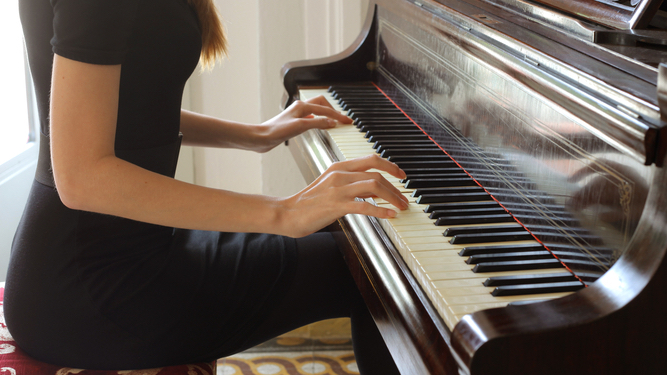 THE Duchess of Cambridge is to clumsily play Chopsticks on the piano at Westminster Abbey tonight, it has been confirmed.

After teasing her Instagram followers with a preview video, Kate Middleton will awkwardly jab out the notes to the annoying beginner’s piano tune during the Royal Carols: Together at Christmas concert.

Online listener Carolyn Ryan said: “I held my breath in anticipation as beautiful Princess Kate gracefully took her seat at the piano. It was the first public showcase of her musical talents, after all. Then it began.

“After a few false starts she was off. The timing wasn’t quite right and she hit a couple of minor keys by mistake, but you could tell she must have been up all night practising. She almost made it through without stopping.

“When the last irritating note had died away, she curtsied to the crowd and joked ‘I don’t do encores!’ But you could tell she’d play it five times more. Thank f**k she didn’t.”

Royal correspondent Denys Finch Hatton said: “It was a ropey and out-of-tune but otherwise virtuoso performance by a Grade 1 pianist at the height of her powers. Although if Meghan did it it would be a vile assault on classical music.”