A WOMAN has contracted a stinking cold despite following a special diet based on wishful thinking.

Web designer Emma Bradford became unwell after a virus that is scientifically proven to exist overcame the imaginary defences provided by ‘superfoods’ and pills made from inedible plants.

Bradford said: “How can I have a cold when I drink a pint of blueberry and cabbage smoothie every morning with a capsule of geranium oil?”

While Bradford’s low-fat diet has certain benefits, they do not include killing the virus currently causing her to ooze mucus while sitting under a duvet watching cartoons.

She continued: “I’m sure my diet’s fundamentally sound because it’s about anti-oxidants, micronutrients and amino acids, and those are all definitely science words.

“However I’m starting to wonder if omega-3 oils really do make you cleverer, especially when a bottle of capsules costs £35 and a tin of sardines is 40p.”

Arsehole brings his own bowling ball 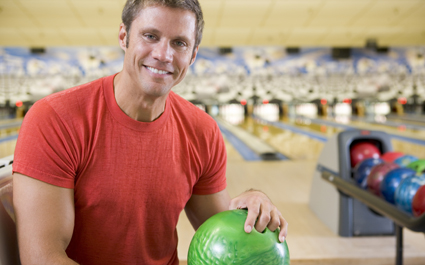 AN INSUFFERABLE tit brought his own bowling ball along to the office night-out, it has emerged.

Martin Bishop’s pathetic little eyes lit up when he heard the work team were planning a night out to Megabowl in Guildford.

Events co-ordinator Eleanor Shaw said: “It’s green and it has his name emblazoned on it in silver.

“It’s my own fault really, I had a hazy memory of him saying he was into bowling, but like most of my interactions with him I’ve done my best to blank it from my memory.

“It turns out he’s actually a semi-professional bowler as well as a wanker.”

“He’s in the lead by 98 points already, so there’s no chance of anybody actually having a modicum of fun this evening, unless he somehow manages to slip and bang his fucking head on the floor.”

Bishop adjusted his special bowling glove and said “I play to win.

“The fun isn’t in the taking part, it’s in the winning. That is what bowling is about. Winning.”