DO you get the feeling the government is using jargon like ‘circuit breaker’ and ‘moonshot’ to hide its total lack of competence? Here are some more appropriate terms to use in the crisis.

Continuing the electrical theme, the government is pursuing a ‘dodgy wiring’ strategy, much like an electrician who’s a bigger cowboy than John Wayne. Apt because it’s dangerous and may lead to you losing your home, although not due to a fire caused by a faulty light switch.

A situation that is not only very bad, but also one of extreme panic in which you are not sure what to do next. Just like the coronavirus crisis.

The government’s Covid testing programme is not like the actual moonshot: the Apollo landing was successful and showed Russia they could stick Sputnik up their arse. Modern day North Korean missiles are a better comparison as they rarely work and may not even exist.

‘Omnishambles’ is a bit worn out now and it’s nicked from The Thick of It anyway, you unoriginal bastards. However as the largest number known to exist, googolplex reflects the very large number of ways the government has screwed up.

Shit creek is a bad place to be up, especially without adequate paddle resources. It would actually be refreshing to hear Matt Hancock tell a press conference: “Frankly we’re up shit creek. Looks like we’re just going to have to paddle with our hands.”

The sneering indifference of the government to all its failures suggests this is regularly used in cabinet meetings, eg. “Prime minister, everyone in Doncaster is on a ventilator.” “It’s four years till the next election. Whatevs.”

Lord of the Flies, and four other state-of-the-art parenting styles 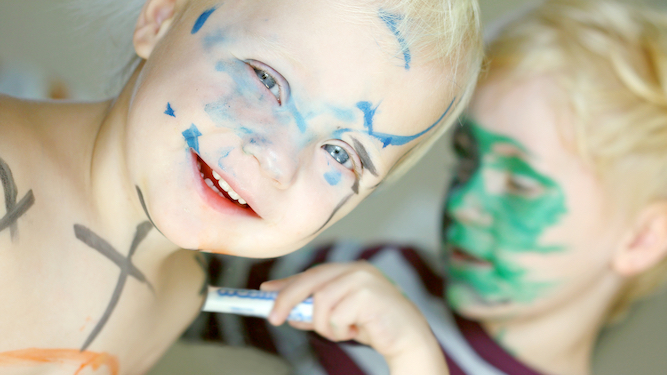 SMUG parenting blogs may be trying to persuade you to be a ‘hummingbird’ parent, but why not try these more natural styles instead?

Lord of the Flies

Without the civilising influence of others, small groups quickly revert to feral savagery, fighting wars, slaughtering each other and creating strange religions. But after that they pretty much settle down and govern themselves, so worth considering. Popular during lockdown and many families have adopted it permanently.

Unlike helicopter parenting, which involves constant attentive hovering around child, submarine parenting means mainly ignoring them until the perfect opportunity to torpedo them with an embarrassing comment or anecdote in front of their mates.

Previously known as ‘authoritarian’, Priti Patel parenting means harsh behavioural crackdowns way out of proportion to the crime, like being sent to live in the shed and eat leaves foraged from the garden for spilling a glass of juice. Deliver with a smirk for maximum psychological damage.

At the other end of the scale is copying Snoop, frittering money on expensive fripperies and being as chilled as possible, and always being available for PlayStation sessions, watching cartoons or just to talk, as long as you’re not doing bong hits in the garage. Likely just as successful long-term.

You know when you let the kids take all the cushions off the sofa, jump all over the furniture and swing from the light fittings? It becomes a style of parenting in itself when you can’t be arsed to tidy it all away and just adopt it as an unpractical but entertaining lifestyle.