Smokers To Be Offered Ice Lollies And Cartoons

SMOKERS who who quit the habit will be rewarded with ice lollies, extra cartoons and may even be allowed to stay up after 9pm.

The NHS is to roll out a new system of incentives to run alongside its existing strategy of a ban on cartoons, no ice lollies and, if necessary, a smacked bottom.

A department of health spokesman said: "Smoking is a very bad thing. It gives you nasties in your tummy and makes you all sad.

"If you're very good and you stop smoking for a week, you can have either a Mini Milk, a Twister or a Feast.

"If you're very, very good and you stop smoking for a month, you can watch Animaniacs when you come home from work.

"And if you're very, very, very good and you stop smoking for six months we'll let you stay up after nine o'clock and watch the lesbian episodes of Sex and the City."

The NHS believes the two-pronged strategy of punishment and reward will produce calm, obedient citizens who will share their toys and make friends easily. 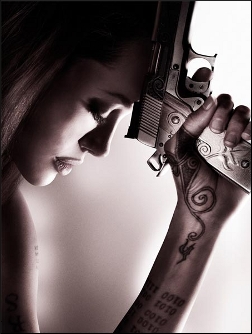 THE ban on the advert for the Angelina Jolie film Wanted will generate at least as much publicity as showing the advert but at a fraction of the cost, the producers said last night.

The Advertising Standards Authority said the TV trailer for the film's DVD release was filled with the sort of really amazing, eye-popping violence that 15 year-old boys should definitely not be allowed to see.

An ASA spokesman added: "There's this bit, right, where a bullet goes through like six different people but it's all done in slow motion so you can see it ripping through their organs and stuff. I was like 'no way'.

"And then you've got Angelina Jolie prancing about in tight clothes and making it perfectly clear that she's up for hours and hours of hot, crazy sex.

"And that's just the advert. Imagine what the film's like. If I was a 15 year-old boy I would do everything in my power to get hold of a copy. Luckily the ASA is here to protect them from all that sexy violence."

The film, a stupid series of stunts and special effects centred around Angelina Jolie's lower lip, has been described by critics as a 'roller coaster of utter tedium' and a 'heady mixture of designer violence and shitness'.

Tom Logan, one of the film's executive producers, said: "We discovered in January that while we could afford to produce an advert, we couldn't afford to screen the advert.

"Luckily I stumbled across an article about Ryanair and how they were getting the ASA to do all their publicity for them. We decided there and then to make the advert as violent as technically possible, and sure enough it worked like a charm.

"Should we send them a basket of muffins, or something?"