Sobbing NHS moves back in with mother

HEARTBROKEN sort-of-health service the NHS has admitted that the Tories have been knocking it about again.

The bruised superbug farm had been wooed by promises that the angry and abusive political party had really changed this time and learned how to treat it right. After an unsuccessful relationship with Labour, many think that it was feeling especially vulnerable.

NHS friend, Nikki Hollis, said: “It’s been wearing long sweaters for months but when I asked it why it never went out any more it just fell to pieces and said that Andrew Lansley shouted that it had been asking for a fucking kicking for the last 60 years.

“Apparently he came home from a cabinet meeting one night and went berserk, calling it a ‘useless, lazy bitch’ and asking why it couldn’t be more like BUPA. Then he started rifling through its purse and accused it of spending all his money.

“The NHS said that all it ever wanted to do was make him feel better and that it would try and get slimmer if that’s what he wanted but when it looked into his eyes it was obvious he wasn’t going to stop until it was dead.”

Relationship counsellor Roy Hobbs said: “The classic pattern of the abuser is to make their victim feel worthless, uncompetitive in the modern marketplace and not as good as the French equivalent.

“And the Lib Dems are acting as enablers, trying to eschew responsibility for the abuse by saying they’ve done everything they can to stop them.”

Prime minister David Cameron said: “The NHS is a dozy cow that can’t look after itself or even cook a decent dinner. But I still love it.”

Government still thinks you drink like a bastard because it's cheap 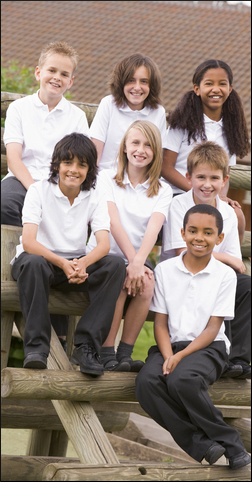 A NEW crackdown on alcohol pricing suggests ministers still think you get shitfaced because of money.

The coalition has drawn up detailed plans to introduce a minimum price for alcohol after not bothering to find out what people are actually like.

The new laws are a first step in the government’s bid to tackle Britain’s fondness for the sweet, sweet booze that makes you feel warm and fuzzy as the stress of your bullshit job just melts away into a river of fermented yumminess.

A spokesman for the department of health said: “We made a graph that shows how the price is inversely proportional to the fuzzy yumminess.”

But Professor Henry Brubaker of the Institute for Studies explained: “The centre of London is full of young people who have decided not to have expensive, complicated children so that they can continue to afford Stella Artois at Â£3.70 a pint.

“The piss you invariably find yourself ankle deep in on a Friday night in Soho is already outrageously expensive.

“Meanwhile the middle class couples in Twickenham and Barnes who have put their children to bed and are now draining bottle after bottle of nicely chilled white are not just necking any old shit like it’s going out of fashion, thank you very much.

“Wouldn’t it be interesting if the government asked why you yearn for the gentle bosom of inebriation instead of trying  to build a dam with some Angel Delight?”

“So if, at this point, you still can’t work out what’s actually going on here then it really doesn’t matter if you’re constantly hammered.”