TEENAGERS are being urged to sponge themselves thoroughly following a sharp increase in young person's sex diseases.

Health department statistics show a 13% rise in cracklice among 16-24 year olds, as well as another year-on-year increase in bumhoops.

The recent fashion for casual, unsupervised intercourse with red-heads has also led to a sharp rise in incurable gingerrhea.

Sir Liam Donaldson, the government's chief medical officer, said: "To achieve optimum post-coital cleanliness, boys should wipe their private area with a soft sponge and some Pears Soap. It will remove the tiny sex germs and help to minimise scrotal chafing."

He added: "Girls who are actively private should do their sex standing up and then push very hard on their belly button for 15 minutes.

"To obstruct the progress of sexual bacteria, they should then pour a jug of luke-warm water down their bloomers and sit on a cold step."

The government is also urging girls to sterilse their skipping ropes and has ordered the secondary modern schools to be deloused after an infestation of gonorrhoea spiders.

Sir Liam blamed popular music stars such as Perry Como and Lonnie Donegan for making sex diseases so fashionable, adding: "Alas, it would seem most boys would rather have herpes than a new train set."

Yet Another Batman Film Without The Batusi 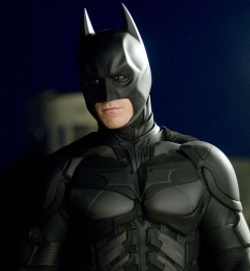 HOLLYWOOD'S A-list has gathered in New York for the premiere of the latest Batman film not to feature the Batusi.

The Dark Knight, starring Christian Bale, is the sixth Batman film in a row to deliberately exclude the super-hero's trademark dance.

Instead the film is two and a half hours of Bale's existential angst as he rides around Gotham City, dressed like a giant bat.

Director Christopher Nolan told reporters his film was a soulful exploration of the different aspects of the Batman character, this time focussing on his big, pointy ears.

But he refused to take any questions on his decision – once again – to shun the Batusi.

Nolan also defended his ban on the words 'ka-pow!' and 'blam!' adding: "This isn't some comic book caper. Bruce Wayne is the tortured echo of our own darkest nightmares, who just happens to dress like a really big bat."

The Batusi, first performed by Batman in 1966, is the Caped Crusader's interpretation of the Watusi, a popular go-go dance of the time.

Batusi dancers make a horizontal V-sign with the index and middle fingers of each hand and draw them across the face, in front of the eyes, one hand at a time, while gryrating the lower half of the body. It is not dark or frightening in any way.