A MAN who will soon be in traction with two broken legs is really glad 2016 is behind him.

Nathan Muir, who will take his final steps for the year next Wednesday when he crosses a busy road while arguing on his mobile, spent the last days of 2016 with his fingers crossed hoping to get through unscathed.

Unaware that by October he will be homeless, he said: “2016, right? What a cursed year.”

Perhaps anticipating his slide into alcoholism as he runs out of cash, he added: “I’ve honestly never felt gladder to pop that champagne cork at midnight.

“I’m going to get into shape and nail that big promotion, then get a girlfriend who could realistically be a model.”

Muir will make a full recovery after being knocked over by a blue Renault Clio, although it will be well into 2019 before he has sex again.

Kids not in f**king school 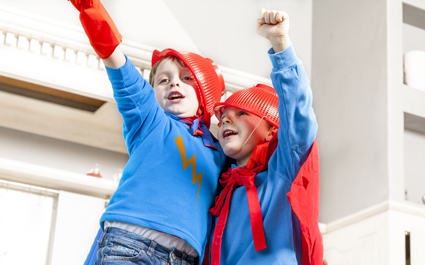 YOUR kids are not in fucking school because of some teacher training bullshit, it has emerged.

Ignoring the fact that everyone is back at work today, schools have opted to delay their return by a further 24 hours, which you were only informed of by your children at 9pm last night.

Donna Sheridan of Nottingham said: “Every time. They do it every fucking time.

“I’ve worked from home this morning while they lazed about in pyjamas complaining there weren’t any big films on, then my mother’s back to look after them this afternoon just two days after I swore I’d never speak to her again.

“I cannot fathom the mindset that decides 13 weeks holiday a year isn’t enough and invents ‘teacher training days’ to drag it out further. Students basically.”

Teacher Eleanor Shaw said: “Guys, please. We need to update ourselves on what’s changed in English, or maths, or history over the last fortnight.”