A CONSERVATIVE government will set up a social networking site so that we can all read about each other's embarrassing diseases.

The party says Embarrassing RashBook will give people greater control over sharing the medical consequences of their ill-judged sexual exploits and appalling personal hygiene.

Shadow health secretary Andrew Lansley said: "We did think about setting up a secure online facility so you could have access to your own medical records, but we soon realised the chances of keeping it private were infinitesimally small.

"Therefore, in order to encourage open government and to prevent Google and Microsoft blackmailing everybody, we reckon it's just a lot easier if everyone can see what's wrong with everyone else all the time."

He added: "You'll be able to constantly update your 'friends' on what antibiotic ointments you've been prescribed and what you're currently dabbing them onto.

"And imagine the fun we can have exchanging the best excuses for how all those everyday, household objects somehow became wedged in our back passage."

To encourage competition and greater efficiency the Tories have pledged to set up a range of networks including MyInfectedSpace, BeBoils and Clapster.

There are also plans for a range of horribly intrusive quizzes, disease compatibility tests and fun, infection-based games like Top Trumps and Scabulous. 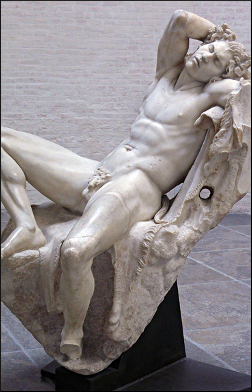 LORD Mandelson has sold Britain to some Chinese gangsters in exchange for a fabulous London townhouse, it emerged last night.

In one of his first acts as caretaker prime minister the first secretary of state has traded you and all your belongings to the Hop Sing Tong opium and sex trafficking syndicate, led by Mr Lao Che of Shanghai.

Lord Mandelson spent last weekend at a luxury villa in Corfu considering bids for the country from a carefully selected shortlist of billionaires and international criminal masterminds.

The final round of bidding was between Mr Che and media tycoon Rupert Murdoch, who could only offer a penthouse apartment in Docklands and refused to throw-in a free, online subscription to the News of the World.

Lord Mandelson said: "Mr Che is a forward-thinking gangster with some exciting plans for Great Britain. More importantly he's also promised to get me one of those magnificent five-storey jobs in Eaton Square.

"The public rooms on the ground floor will be a showcase for Britain's leather industry, while each of the nine bedrooms will be decorated on the theme of 'people whose careers I've destroyed'."

He added: "It's so nice to finally have a house that has been bought for me in a manner which is all completely above board."

The secretary of state said the Queen would be kept on as Mr Che likes a woman who knows her way round a horse, and insisted that being owned by the Chinese would help to keep the Duke of Edinburgh's mind active 'in his twilight years'.

Lord Mandelson said: "Mr Che has very kindly agreed to appoint me as his chief executive and I think we can all look forward to an exciting, modern future of opium-based sex trafficking and keeping our mouths shut unless we actually want to have our drinks poisoned."

A spokesman for Mr Che said: "You work fast now! Chop-chop, busy-busy or you no get antidote!"