Dear Holly,
Money is really tight at the moment, due to the credit crunch, and I was hoping you could offer me some tips to save money. Once I've paid my Sky subscription, stocked up on fags, and paid for my 20 lines on the National Lottery, there's barely any cash left for other essentials, like the weekly payments on my plasma TV and designer labels for my kids. I've managed to save some money by getting our tea down the chippie every night, rather than paying through the nose for new-fangled vegetables in the supermarket, but it'd be nice to treat myself to a wee luxury now and again if I could only afford it.
Cilla,
Hull

Dear Cilla,
I get 10p weekly pocket money for every year I've had a birthday. That means I get a whole £1.00 every Saturday, but Daddy says I'm supposed to save it up for a rainy day. I'm not sure what he means by this, because I've never been approached by anyone asking for money when it's been raining before. I think maybe I'm already in serious debt to the Rain Fairy or something, and one day she's going to come and get me and I won't have any money to pay her with. You see, I don't tend to take my Daddy's advice, and generally I've gone out and blown the lot on penny sweets by Sunday teatime.
But I'm not unduly worried. The way I see it, whenever this Rain Fairy finally clocks how much I owe her, all my baby teeth will have fallen out and I can just trade them in for credit. You don't sound like the sort of lady who has many of her own teeth, but perhaps you can ask your children for a loan.
Hope that helps!
Holly 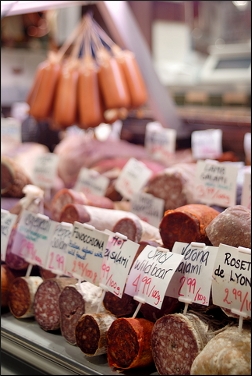 HOLIDAYMAKERS have been warned that Northern France is absolutely honking.


Decomposing seaweed has been blamed for beaches in northern France smelling like Serge Gainsbourg's laundry bag, while exclusion areas have been established along the coast to deal with what the French government admits is 'une poomf exceptionelle'.

The alarm was raised when a horse and rider fell ill on a beach in Brittany and local rescuers were overcome by fumes while attempting to drag the stricken animal to the nearest delicatessen.

A Foreign Office spokesman said: "I have been working here for 20 years and not in my wildest imagination did I think I would have to issue a press release warning that France smelled even worse.

"It probably is manky seaweed, but it's France so we have to allow for the possibility of animal parts being rendered and made into the most delightful little jam-filled pastries."

Attempts have been made to deal with the seaweed by incorporating it into a blue-veined soft cheese or passing it off to tourists as two-week old sheep testicles marinated in goose urine.