BRITAIN’S mortuaries are full of people who are probably just really badly hurt, according to new research.

A study found that at least 40% of the humans in hospital morgues wake up very suddenly when a pathologist tries to open their chest with a scalpel.

Professor Julian Cook, from Roehampton University Medical School, said: “Along with A&E waiting times and out-of-hours services the one thing the NHS needs to focus on is working out whether or not people are dead.

“I suspect that one of the key issues with A&E is that there’s a lot of dead people ending up there, instead of going to the morgue.

“Meanwhile, the people who work in the morgues are just getting one terrible fright after another.”

Mortuary assistant Emma Bradford, said: “My nerves are shredded while my friend Jan who works in A&E says she sits around with her feet up all day.

“She reckons most of them are dead when they’re brought in, but they end up waiting there for hours because they never respond when their name is called.”

Bill McKay, a pathologist at Stevenage Royal Infirmary, said: “We’re going to start anaesthetising all the bodies that come in. It takes a lot longer to perform an autopsy on someone who is screaming in agony.

“If we can just get them to lie down and be quiet we can remove their heart, lungs and liver in about 20 minutes. 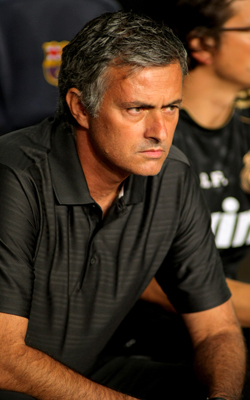 Workers in hazmat suits with bags of wadded up tissue worked through the night, mopping at the journalist joy fluids that were in places ankle-deep.

Building manager Roy Hobbs said: It looks like a Stone Roses album cover in there.

This is the biggest clean-up operation weve had to do since Avram Grant left and the whole place had to be fumigated to remove the smell of hooker.

Englands football press had been maintaining a lazy half-lob since the first hints Mourinho might return to Chelsea, keeping themselves on a slow spin cycle by attending Paolo di Canio team talks.

When the Chelsea manager coined his new catchphrase, dubbing himself The Saucy One, the build up of Fleet Street reproductive juices was at such dangerous levels that several reporters had to file their copy from the toilets.

The perspex ‘sneeze guard’ borrowed from the Chelsea canteen salad bar to protect the incoming manager was so heavily soiled that it was several minutes before many realised he had left the room.

Journalist Wayne Hayes said: I’m exhausted and I badly need some Vitamin E pills. I haven’t looked this pale and wan since I was a teenager.”