UK shale gas could last as long as a spaniel

THE UK’s shale gas reserves could last as long as the average lifespan of a springer spaniel.

Firms are ready to begin blasting away at the Earth’s crust, risking widespread pollution, after it was confirmed there is enough gas to last a whole 10 years.

Professor Henry Brubaker of the Institute for Studies said: “This is Sparky. He’s just six weeks old. It’s amazing to think that if we started pumping that gas right now we would probably still have a little bit left when I take him to the vet in 2023.

“I had no idea there was a number that large – and I’m a professor.”

Roy Hobbs, a gas user, said: “I thought there was only about two weeks’ of the stuff down there. Rip open the Earth immediately.”

His wife Mary, added: “It’s fine because we were going to switch everything off in about 10 years time anyway.”

Meanwhile, engineer Martin Bishop explained: “To get to the gas you have to go all the way to the bottom of the sea and then drill like a bastard.

“Meanwhile, above the sea floor that you’re ripping apart with an absolutely gigantic machine, there are lots and lots of waves.

“It’s the movement of the waves that makes the electricity, which means you don’t have to drill through them. But even if you did, it would be really easy.

“Also, these waves will continue to move around, by themselves, for at least another 200 million spaniels.” 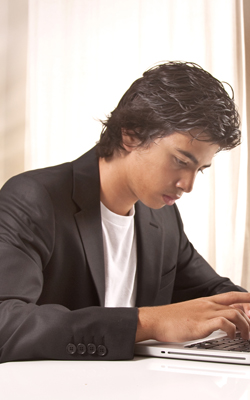 APPLE fans are to get a 24-hour stream of the dull, insipid folk and ‘electronica’ that they like via iTunes radio.

Schiller said: “It’s going to be like Classic FM for metrosexuals.

“Lots of Boards of Canada, Fleet Foxes, and bands like Alt-J that you ‘need’ to check out because they’ve won awards.

“Maybe a smattering of Devendra Banhart. Has he still got a beard? We’re really into people with beards.

“Apple radio is going to be really pleasant in this very contemporary, worthy, slightly nauseating way.

“Which I think reflects our users very accurately.”

“I go nuts for music that is culturally valid.”

Microsoft is launching a rival streaming service, Microsoft FM, which will consist entirely of the Phil Collins back catalogue.