WOMEN stand a greater chance of giving up smoking if they quit before their period starts, according to some ignorant bastard who can just fuck off and die.

Researchers said differing levels of female sex hormones were to blame, and not some man who seems to find it impossible to just carry a fucking plate through to the kitchen.

The link between different stages of the menstrual cycle and mood are well established, and there is even some evidence that women smokers tend to smoke more at some points, particularly when watching Grey's Anatomy – have you got a problem with that, you fucking mummy's boy?

The researchers from the University of Minnesota looked at a total of 200 women, who were asked to give up smoking at different stages of their cycle, as if you would even know what that is, you dick with arms.

After 30 days, 86% who gave up during the early phase had smoked at least one cigarette, compared to 66% who started later and who are just soooo perfect, so why don't you go and have sex with them, you unbearable tit?

"More research is needed to understand these biological mechanisms," they wrote, like the colossal arseholes they are.

"Our findings support an important role for ovarian hormones in nicotine addiction and smoking cessation," added some speccy bastard who fails to understand my needs and makes me feel like a big, fat cow.

A spokeswoman for the Department of Health said: "You should try and quit regardless of your time of the month and whether or not your partner is behaving like a complete fucking wanker."

Four Out Of 10 Staff May Do Some Work This Year 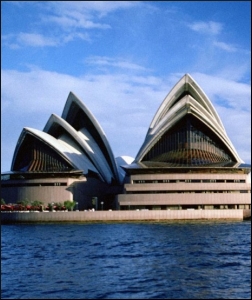 FOUR out of 10 office staff are thinking about doing a bit of work at some point this year, a new study reveals.

Most cited the tedium of listening to co-workers talk about their weekend breaks, their relationships and their dangerously unhinged children as reasons for giving in and replying to a business-related email.

Others blamed the strain of always pretending to work, coupled with a vague feeling of hurt because no-one had noticed they had done absolutely nothing for at least a year.

Wayne Hayes, a motivated, team player at HSBC, said: "On my first day here my boss told me to just keep my head down and not make any work for her. She's not spoken to me since.

"I still have no idea what anyone in this office does and what, if anything, our department is for. But I have learned how to talk convincingly on the phone to no-one.

"Meanwhile, I've knocked my sudoku time down to 90 minutes and I'm building a model of the Sydney Opera House out of lollipop sticks."

Professor Henry Brubaker, of the Institute for Studies, warned that any major increase in working at work could have a catastrophic effect on employment.

He said: "What if everyone suddenly decided to stop arseing about and start earning their salary? P45s all round, that's what."