GOING into hospital is stressful at the best of times, so what will it be like when America has bought the NHS? Here’s a practical guide.

What to take. Pack essentials like pyjamas, a toothbrush and a credit card. If you’re skint, take valuables such as jewellery and your phone that you can trade for surgery and – importantly – anaesthetic.

What should I do when I get there? Arrive on time and check in at the loans department. Anything more serious than a sprained finger is going to cost, so make sure you have a complete set of bank statements going back three years.

Treatment options. Your consultant will outline your treatment based on your savings. You could be offered a hip replacement or a manky old chair to sit in for the rest of your life.

Be prepared for dramatic events. When US health providers take over the NHS it will become more like the TV series ER. Expect your consultant to be addicted to morphine or a helicopter to crash into your ward.

Meals. You’ll be offered a choice of healthy, nutritious meals, so it will simply be a matter of deciding whether you prefer McDonald’s or Burger King.

Emergencies. If you’re in an accident, make sure you have plenty of cash on you. The ambulance will be on the meter and may not take debit cards, and if your legs are broken you won’t be able to hop out at a cashpoint.

Aftercare. Whilst recuperating at home, an NHS staff member will visit you with application forms for a second job to pay for your care and to take away your car and telly.

How Jacob Rees-Mogg can make a comeback 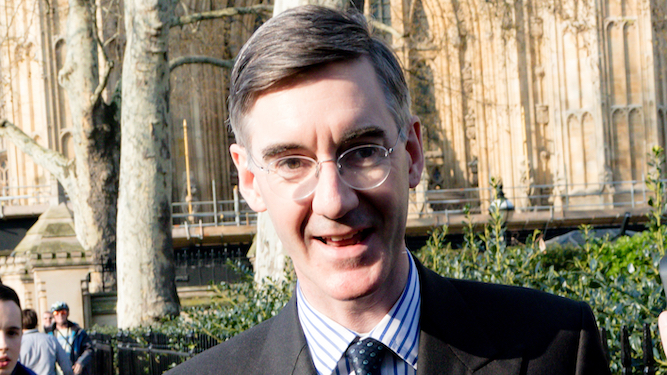 BEING so evil that even Boris Johnson’s Conservatives deny you exist is not easy, but Jacob Rees-Mogg has managed it. How can he stage a comeback?

Everyone knows the Rees-Mogg brand, especially older people who still buy CDs. An album of ancient Greek laments could be the must-have present for the over-65s, with the mournful chants the most surprising novelty Christmas hit since LadBaby.

All the big shows will be clamouring for that Rees-Mogg magic, but rather than showing off his gavotte on Strictly JRM could appear on Celebrity Coach Trip with Jennifer Arcuri. The pair can bond over being used and cast aside by Boris Johnson while pootling around Portugal.

Retrain as a nurse

The Conservative promise to hire 50,000 new nurses, only 18,500 of who are already nurses, will be a tough bar to reach. Rees-Mogg could scrub up, put on the mask and offer anaesthetic-free amputations in his sawdust-floored operating theatre.

Everyone’s looking for something different for their wedding, and what better than the member for North-East Somerset spinning his collection of vintage shellac 78s? Will swiftly build a hipster following and when you win the hipsters, you’ve won the nation.

Be recast with a different actor

Being played by a new actor, like Ben Mitchell on EastEnders, could rehabilitate the fake Edwardian in the public’s eyes. The obvious choice is John Cleese, who shares his air of authority and stick insect frame while being marginally less abhorrent on Brexit.

Rees-Mogg already haunts nightmares, so why not take it up professionally? Stalking the sewers, tapping on windows and whispering insidious threats are well within his skillset.