THE age at which idiots can leave school without any qualifications is to be raised from 16 to 18, the Government announced last night.

Under the new plan, disruptive morons will spend an extra two years at the back of the class being clueless and sharpening their knives as part of the government’s strategy to turn schools into unremitting hell holes by 2015.

Teaching unions have welcomed the initiative describing the idea of forcing aggressive sociopaths to carry on attending an educational establishment which had already failed them as “a stroke of genius”.

Ed Balls, the schools secretary, said: “After 11 years of full-time education the vast majority of children in Britain are unable to spell their own name or go to the toilet unaided.

“They can’t write, do multiplication or long division or speak in a language any adult can understand.

“Let's keep them locked in this disastrous environment until we can subdue them no longer.”

Bill McKay, head teacher at Dundee Academy, said that he was looking forward to carrying on teaching the most  useless pupils but only because he was a “twisted psychopath”.

He said: “The only way we can keep order round here at the moment is with liberal use of the cattle prod. If this goes through I’m going to need sandbags, mace and tasers. Lots of tasers.” 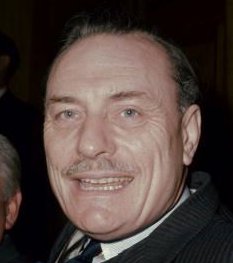 CONSERVATIVE leader David Cameron is facing fresh embarrassment after a senior backbencher described himself as 'an enthusiastic and committed racialist'.

Dennis Hatton-Finch, MP for Minchinhamptonsteadbury, has refused to resign after writing an article for his local newspaper entitled: 'Aren't Africans Ghastly?'.

He said: "My article in the Minchin Courier is a serious contribution to the debate about the absolute ghastliness of Africans.

"I was simply saying how awful these foreigners are and why they should stay in their own stinky little countries.

"Does that make me the new Enoch Powell? Possibly, but I tell you what, you should hear me at home. It's all 'n-word' this and 'd-word' that. I'm such a total bigot."

Mr Hatton-Finch added: "They come over here with their huge penises, beating us at football and making me feel like a girl.

"And it's not just the Africans. The other day a Polish chap turned up at my door and told my wife he would flush her pipes for £75.

"I mean, really. Coming over here with their tool kits and their huge penises and flushing my wife without an appointment."

The work and pensions secretary Peter Hain said: "This proves beyond doubt that each and every member of the Conservative Party wipes their dirty bottom with Nelson Mandela toilet paper."