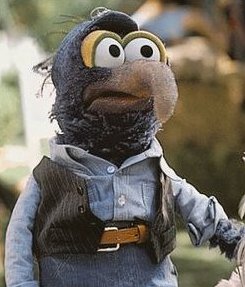 THE British teacher who allowed her pupils to name a teddy bear after a person has been sent to the maximum security, toy-namers’ wing of Sudan’s toughest women’s prison.

Gillian Gibbons will spend 15 days in the Blasphemers’ Unit in Omdurman Penitentiary, surrounded by some of the country’s most vicious and notorious toy-namers.

Her cell-mates will include Razi Al-Kamari, serving 12 years for suggesting the Prophet Muhammad would have admired the silky, golden hair of her daughter’s Barbie doll.

Gibbons will also be forced to eat alongside Mina Al-Bashir, half way through a 10 year sentence for naming a Kermit the Frog pyjama case after the third century mystic, Abu Yazid al-Bestami.

But most feared is Allana Al-Magri, the Terror of Khartoum, serving three life sentences for telling her seven year-old son that the Prophet Muhammad was ‘basically a Transformer with a beard’.

Foreign secretary David Milliband is to meet his Sudanese opposite number later today to ask him how much money he would like to donate to the Labour Party.

Meanwhile radical Islamists in Syria have struck back at the UK by renaming a gang of suicide bombers after Del Boy, Rodney and Uncle Albert from Only Fools and Horses.

In a statement released on the internet they said: “Stick a pony in my pocket and In the Name of Allah I shall fetch the suitcase from the van.”