HAVE you jumped to the conclusion that Russia invading Ukraine makes them the bad guys? Let me steer you left with Bill McKay’s Socialist Guide to Geopolitics:

Think Russia’s bad? That’s because you’re a mindless cog in the USA’s capitalist-imperialist war machine. Consider everything America has done wrong, from Vietnam to throwing me out of Disneyworld for public urination. Could any country be worse? No. Therefore Russia is good.

NATO’s aggressive expansion into countries that want to be members is a major threat to the freedom of Russia. Most men and women on the street don’t know that NATO is a front for the European-American alliance of neocons who – far from wanting to stop war – actually love it. They just act like they don’t to fool you.

The media is spreading deranged lies fed to them by military sources and banging the drum for war, leaving Russia with no choice but to massively increase troop numbers at borders to counter wildly hostile and biased reporting. If those troops shell back against the damage to their reputations, who could blame them?

This is all a distraction from Israel

The most pressing matter of our age is the plight of the Palestinian people in the face of colonialist apartheid, and it’s a mark of profound disrespect to intervene in any military crisis anywhere in the world when that remains unresolved. While America is still funding Israel, any other thing they do on the world stage is always and necessarily evil.

Communism gets a bad rap

Before you accuse Putin of murdering his enemies, or China of putting Uyghurs in concentration camps, remember that the world media wants you to think ill of them. It’s not long before you can extrapolate that no human rights abuses have ever happened there and they’re actually very cuddly.

Boots to include Covid tests in Meal Deal 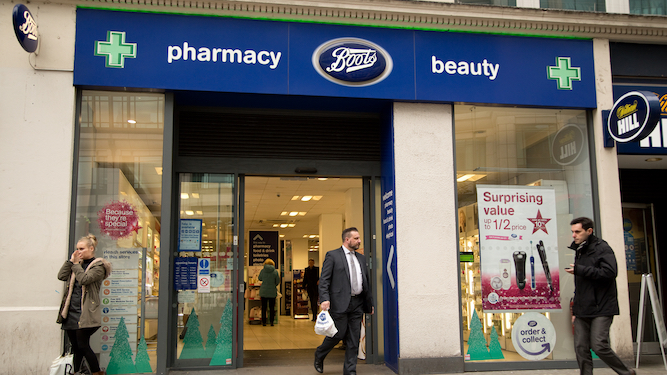 HIGH street pharmacy Boots is to start including lateral flow tests as part of its lunchtime Meal Deal.

Following the government’s announcement that lateral flow tests will no longer be free after April 1st, Boots has confirmed that they will become one of the options in the deals popular with office workers.

A Boots spokesperson said: “Worried you’ve got Covid? Then instead of a high protein herby chicken wrap with your crisps and mango juice, simply pop a test into your basket..

“You’ll be saving money on the standard retail cost when you bundle your test with a packet of Sunbites and a Cherry Coke Zero. And thanks to their low calorific content and absence of edible food matter, they’re one of our healthy choice options.

“To keep the tests consistent with the rest of the meal deal products, we’ll do our best to make sure they’re confusingly labelled. Even if you check and double check, you won’t be certain that you’ve got a valid combination of items until you’re scanning them.”

Shopper Mary Fisher said: “Lateral flow tests taste of nothing, leave me hungry and make me gag all afternoon. I can get the same result from an egg and cress sandwich.”