Right-wing Republicans responded to the country’s latest and most heart-breaking massacre by being their usual horrific fucking selves.

Texas Congressman Louis Gomhert reckoned the absolute best thing he could say was that the teachers should have been armed, but then refused to admit he was a festering turd who should be made to say sorry forever.

And Larry Pratt, head of the Gun Owners of America, insisted it was gun control supporters who had ‘little children’s blood on their hands’ in a move psychiatrists said was either pathologically sadistic or some kind of Tourettes Syndrome.

But Professor Henry Brubaker, of the Institute for Studies, said: “Don’t let them off the hook with talk of ‘mental illness’.

“They really are just horrendous bastards who drink from an open sewer and then breathe it over everyone.”

He added: “I like it when they argue they need assault weapons to protect themselves from the ‘tyranny of their own government’. The American government has aircraft carriers. Good luck wth that” 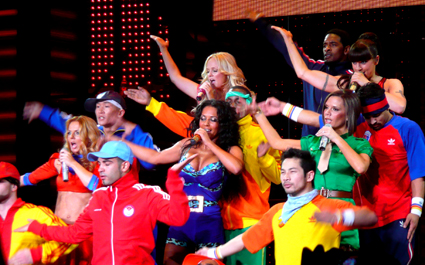 AN apparition believed to be the ghost of the murdered sixth Spice Girl materialised on stage during last night’s performance of Viva Forever!

The translucent, bloodstained form of ‘Freckle Spice’ joined in a dance routine.

Paranormal expert Roy Hobbs said: “It’s well known in the industry that the Spice Girls began as a six-piece, but the others were jealous of Freckle Spice, who was prettier and less obnoxious.  So they had her walled up in a disused studio where she was eaten by rats.