Clinton Slump Shows U.S. Still Not Ready To Vote For A Harpie

AMERICANS may still not be ready to vote for an annoying, screechy harridan after Hillary Clinton's poor showing in the Iowa caucus.

She immediately complained loudly in a voice that sounded like a fork being dragged across a plate, before storming off to New Hampshire in a huff.

"Perhaps the best we could hope for at this stage is a Stockard Channing or maybe even a Jessica Lange."

Professor Hayes added: "Barak Obama's victory in a deeply conservative, rural state such as Iowa suggests that more than a few voters are not taking this seriously."

Meanwhile the success of creationist candidate Mike Huckabee has forced his fellow Republicans into a bidding war over the most unscientific theory for the birth of the universe.

Mitt Romney now says the Earth was baked in a kiln owned by massive gypsies, while John McCain claims the universe is a huge savoy cabbage picked from God's organic vegetable patch.

This weekend Rudolph Giuliani, the former mayor of New York, will insist that the Earth was formed after two enormous planes crashed into the sun.

Smokers More Likely To Be Eaten By Dragons 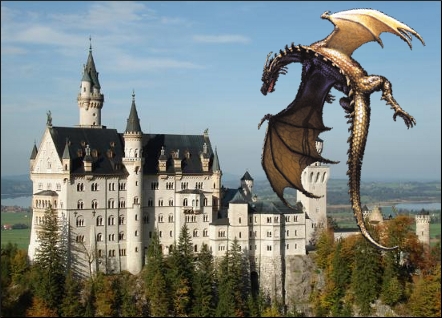 SMOKERS are nearly five times more likely to be eaten by dragons than non-smokers, a new study suggests.

The results are the latest blow to tobacco after a series of recent studies which showed smokers faced a higher risk of being hit by a comet, falling into a hole and being mobbed by bees.

Professor Henry Brubaker, research director at the Institute for Studies, said the causal link was as yet unclear, but suggested it was probably to do with flavour.

He said: “Just a few years of smoking 20 a day can add real depth, giving them that oaky richness that dragons find so morish.”

In tests, dragons tended to ignore non-smokers or nibble on them half-heartedly, rarely managing to finish a whole one. However, smokers were consumed so quickly and in such numbers that they could have been chicken goujons.

Professor Brubaker added: “Some dragons can become addicted to very heavy smokers. If that happens we usually advise them to chew on a social smoker or strap one to their arm.”

Lifelong smoker Bob Andrews, 57, said he was quite worried about dragons, but it was the increased risk of falling into a hole that would finally make him quit.

He said: “In the old days all you had to worry about was lung cancer and heart attacks, but all these studies about holes and dragons have finally made me realise smoking is wrong. Thank goodness they spent all that money.”