Britain Explodes At Both Ends

BRITAIN exploded at both ends last night as the latest gastric superbug lit up the nation's bathrooms.

And across the country fans of the virus have been gathering outside bathroom windows to listen to the desperate grunting of their pitiful neighbours.

The outbreak has infected people from all walks of life, including the Princess Royal, who tried to blame a horse for what one source described as a 'back-end catastrophe' on the passenger seat of her Subaru.

Meanwhile Douglas Alexander, the international development secretary, was forced to cancel a series of engagements following a 'departmental incident' in Whitehall.

His spokesman said: "The secretary of state had only just finished wiping all the sick off his desk when he comprehensively shat himself.

"It actually lifted him off his seat. The people in the next room thought someone was deflating a space-hopper."

NHS 24 is advising norovirus sufferers to dig a big hole in the garden and sit in it until they have emptied themselves.

Professor Bill McKay, head of vomiting and diarrhoea at the Stomach Foundation, said: "Norovirus is an acute gastric condition caused by… oh Jesus Christ, these are my good chinos."

Doctors stressed that sufferers must avoid GP surgeries 'at all cost' and should stay at home for two days after the symptoms have gone, due to the high risk of a lingering, malodorous wind.

Dr Tom Logan, a family GP from Lincoln, said: "Norovirus is it? Get out of my office at once, you collosal bag of shit!" 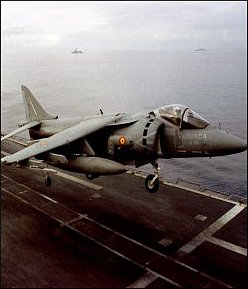 BRITAIN was huddled close together last night as the first snowfall of winter launched a massive assault on our cherished way of life.

The Met Office said the first flake crashed into the hills above Stirling at 3.06am and was quickly followed by an onslaught which covered roofs, cars and countless thousands of slow moving children.

With snow now falling across much of the country, members of the public are being urged to remain calm, barricade their doors and sacrifice an elderly relative before disposing of the body on a large backyard bonfire that can be seen for miles.

Meanwhile on the railways, both Virgin and Network South East have warned that 93% of their older trains are about to explode.

The Home Office has also issued emergency guidelines including:

At Westminster all eyes are on Gordon Brown as the beleaguered prime minister faces the first snowfall of his premiership.

A source close to Mr Brown said: "Gordon has been desperate to take on snow, head-to-head. After the floods and the foot and mouth outbreak, he sees himself very much as the Phil Collins of crisis management."

The source added: "The fightback begins now. If I was David Cameron I'd lock myself in the toilet with a Billie Piper calender and a few bags of Monster Munch."