ORANGUTANS have a sense of humour but it is very poor, scientists have discovered.

Some orangutans could raise a smile, she stressed, but most operated at a level only marginally higher than Brian Conley.

She said the apes were not strong on irony, and tended to concentrate on jokes about the terrible flatulence caused by a diet of tree bark and nits.

Dr Hollis said: “We showed them Mr Bean’s Holiday last week and they howled all the way through. They even laugh at Jack Dee.

"But when we gave them the box set of the second series of Curb Your Enthusiasm, one tried to eat it while another tried to wear it as a hat.”

Dr Hollis said female orangutans were the butt of many of the jokes, although the vast majority of their humour is directed against gorillas.

She added: “According to them gorillas are stupid drunks, who eat nothing but potatoes and believe in little people with large pots of gold.” 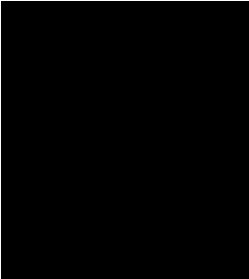 WANDERING around your house in total darkness is the single biggest cause of serious headaches, a new study has revealed.

The results cast doubt on recent claims that headaches are caused by lightbulbs and could force the government to rethink its proposed ban on indoor light.

Dr Wayne Hayes, head of bulbs at the Lighting Institute, said the results were clear proof that turning the lights on was considerably safer than not turning them on.

He said: “Our experiments show that the use of low-energy light bulbs will trigger migraines and life threatening fits among a tiny minority of ill-bred weaklings.

“But try wandering about your house with no lights on. Hurts like a bastard doesn't it?”

Hayes said the precise nature of the link between severe physical damage to the person and a complete lack of visibility was still unclear, but might have something to do with the fact that people are unable to see in the dark.

He said: “You wake up in the middle of night and need the loo. You don’t want to wake the wife so you leave the lights off and make for the bathroom. What could possibly go wrong?

“Next thing you wake up in casualty covered in bruises, with your arm in plaster. And all because some horrendous cow left her bra on the floor and it’s now wrapped round your neck. Meanwhile the doctor thinks you’re the victim of a hate crime.”