EUROPEAN leaders do not seem to realise the EU will collapse when Britain leaves, puzzled Britons have observed.

Many feel the EU is being oddly uncooperative over Brexit when it should be grovelling before the UK’s all-powerful service economy and WW2-winning armed forces.

“When we leave they’re up shit creek because there’s no way the 27 of them can survive on their own. Talk about living in a delusional fantasy world.

“They should be doing everything they can to keep us sweet, like sending us free supplies of their few good products like BMWs and Black Forest gateau, but oddly they’re not. I wonder why?”

Accountant Norman Steele said: “We’ll boycott European goods. Who needs croissants when you can cut slices of Mother’s Pride into crescent shapes and have them with Shippam’s meat paste instead of pate?

“I hope the Nazis take over Europe again so they remember how much they need Britain. I can’t actually tell whether I’m joking or not with this shit anymore.”

Couple pretending their home is designed around feng shui, not plug sockets 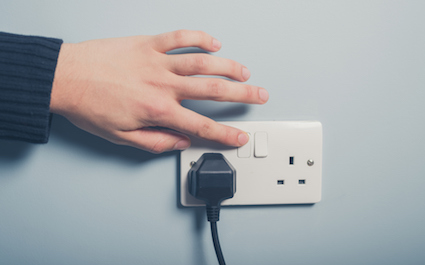 A COUPLE are claiming that their furniture is placed based on Chinese principles of harmonious living, not where the plug sockets are.

Joseph and Maggie Turner like to pretend to guests that they have carefully arranged their home to create a flowing live-work space, though one with a suspicious lack of extension cables.

Friend Helen Archer said: “They’re all like, ‘The desk goes here by the double doors because of qi,’ and I’m like ‘Hmmm, perhaps another word for it could be electricity.’

“What a stroke of luck that the telly needs to be in that corner according to yin and yang, and it’s where the Sky plug is.

“Face it, like the rest of us you’ve got about three choices of where to put any furniture in the whole house because of plug sockets, radiators and doors.”

Joseph Turner said: “And as Qing Wuzi of the Han Dynasty said, always place the broadband router in the hall for a balanced flow of wi-fi through the house.

“Such wisdom. He must’ve worked on the helpdesk.”