FRENCH sperm comes in smaller portions than British sperm but tastes much better, according to a new study.

Researchers found that French seminal fluid was preferred by 70% of diners in a taste-test, compared to just 4% for the UK sample.

“We may even stop telling them that it’s ‘gooseberry jus’.” 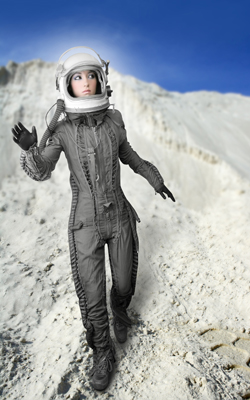 PRIVATE trips to the moon will include a horrifying secret that changes everything.

Lunar travel firm Golden Spike said that for the price of the £950m return ticket customers would be made privy to something involving a malign alien intelligence, the Hindu deity Ganesh and the exact date the Earth will be turned into a ball of molten lead.

A spokesman said: “The moon’s great for about 15 minutes, after that it’s basically Stevenage.

“This trip has to be more than just collecting pebbles and feeling incredibly rich. It needs to combine the vast loneliness of space, the claustrophobia of the capsule and a complicated secret that will make you go ‘what in the name of FUCK!'”

Other secret options involve an abandoned lunar base filled with orchids, a five-mile high volcano made of music and a moon cave that had obviously been used by Jesus.

For an extra £20m you can watch as each of your crew mates is killed by a mystery virus, an ‘extra-terrestrial’ spider or the ship’s computer.

And for another £50 million they can be killed by you, safe in the knowledge you will be immune from prosecution after Golden Spike’s in-house psychiatrists confirm you were suffering from ‘space madness’.

The spokesman added: “We think you’ll find that murdering someone with an airlock is actually quite addictive.”