US PRESIDENTIAL candidate Hillary Clinton has confirmed that she originally died in 1994, and has returned many times since.

The former First Lady, who died of pneumonia last week but will be resuming a full campaign schedule after a few days rest, admitted that she has passed away on average once a year for the last two decades.

She continued: “That first time, my goodness. Luckily the revivification fluids had endowed me with the strength to punch through the coffin lid and claw through six feet of earth, but I wouldn’t recommend it.

“Vampirism was lovely but incompatible with daylight work, and the zombie thing alienated voters who hate politicians talking about brains.

“Bill killed me in 2009 and got a priest in for a real exorcism, but I’d made a demonic bargain that meant that even though I spent an eternity being consumed by fire in Hell, I was in a new host body within the week.

“This time we caught it before my spirit had even fled my husk, so a new set of organs from Third World kids should see me through to November.

“I plan to be the first necro-American to be elected President. Reagan doesn’t count, he was already in office.”

Southern Britain goes all fancy and continental in heatwave 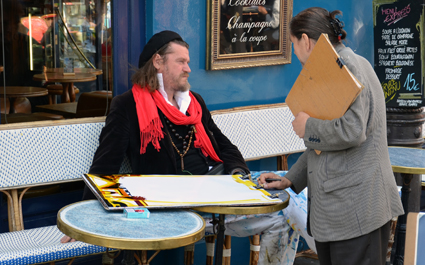 As temperatures soared to ‘quite nice’ across the region, the national character was altered to cigarette-fuelled insouciance with an intolerance for bad coffee and poorly-reasoned philosophical debate.

Meteorologist Nikki Hollis said: “The Gulf Stream has shifted in such a way that much of Britain can now no longer sustain an indifference to opera or massively corrupt football teams.

“Climate change is altering how humans live in fundamental ways and in places like Essex, this means people reading books that aren’t biographies of footballers or gangsters for this first time in their lives.

“As temperatures peaked yesterday, a man in Margate was even seen writing poetry without being immediately assaulted.”

Hollis anticipates that people will return to their philistinism and frozen pizzas as temperatures cool but says that periods of sophistication could become annual occurrences.

Businesses will have to accommodate this change by offering two levels of service depending on whether customers are culturally-savvy world citizens or pin-eyed jaw-droopers who think Nigel Farage is in some way appealing.