PRO-DEMOCRACY protesters in Hong Kong have been praised for having normal hair and not wearing stupid clown costumes.

As large-scale demonstrations against Beijing’s manipulation of electoral candidates continue, onlookers praised the visible lack of dreadlocks and other activist fashion clichés.

An onlooker said: “They just look like ordinary people who are tired of being fucked over, rather than the aftermath of 90s Bristolian trance party.

“It makes you realise that political protest isn’t limited to part-time DJs who like stripy leggings, hula hoops and ketamine.

“Which is pretty much the main thing your government doesn’t want you to know.” 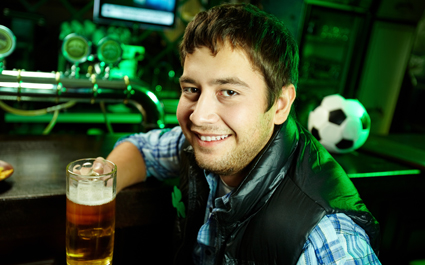 A FORMER school classmate is behaving as if you had a much closer relationship than was actually the case.

After bumping into 34-year-old Norman Steele in a bar, he warmly embraced you and made a huge fuss, despite only exchanging about two sentences with you at school.

Steele, who seemed vaguely okay as a kid although you had no mutual friends, went on to tell a string of anecdotes involving people you were only ever vaguely aware of.

He said: “I’ve got a couple of kids with Gemma Cooke now. You remember her, obviously. Course you do.

“It was mental, wasn’t it? All the stuff that happened at school. Like when George Price did a shit on someone’s coat.

”Lets have loads of Sambuca.”

The conversation ended with Steele insisting on taking your phone number, then immediately texting with the message ’Remember Mr Stanley? Wasn’t he a right TWAT!’