HOSTAGES aboard the hijacked EgyptAir plane assumed ‘selfie man’ was planning a heroic act, it has emerged.

26-year-old Ben Innes left his seat to approach hijacker Seif Eldin Mustafa, to the admiration of fellow passengers who did not realise it was to take a picture for Twitter.

Passenger Tom Logan said: “He whispered ‘I’m going in’, and I was like ‘don’t be a hero’.

“Then he stood beside the guy, pulled out his phone and did a cheesy grin.

“I thought it was some bold plan to win the hijacker’s trust but then he said ‘cheers mate’ and when back to his seat.

“In retrospect I feel a little bit angry about it, but only because I didn’t think of it first. If I’m ever in a hostage-type situation again I’ll definitely be thinking about photo opportunities.

“He’ll probably get a book deal now, or get to go on that island thing with Bear Grylls.”

Fellow passenger Emma Bradford said: “Thanks to one man’s quick thinking a terrifying situation ended with an amusing selfie that has gone totally viral. It’s a modern fairy tale.”

Idiot dogs told to insure themselves 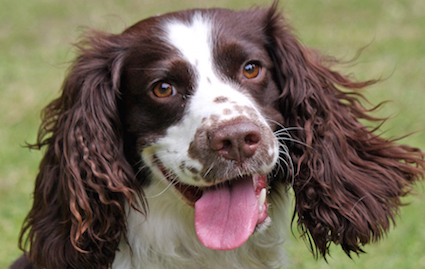 OWNERS of idiotic dogs have told their pets to pay for their own health insurance.

As the number of pet insurance claims soared, dogs who eat stones and think barbed wire is made of jam are facing a hike in the cost of living.

Dog owner Martin Bishop said: “I pay £40 a month so this cretin can do whatever the hell he wants.

“He needs to get a proper job and start contributing. Or at least just fucking listen to me when I tell him not to eat stones.”

Bishop’s Springer Spaniel, Roy Hobbs, said: “It’s not my fault that stones are so utterly delicious. They should be made out of something softer, like chocolate, which as any dog knows, is not remotely poisonous.”

Hobbs added: “I don’t suppose you’ve got any stones on you? I’m absolutely starving.”