Humans left with no-one to impress

THE death of Nelson Mandela has left humanity without a single individual that you would genuinely not want to disappoint.

But as the world mourned a lovely old man who didnt take any shit from racists, everyone realised there was no longer any reason to raise their game.

Tom Logan, from Peterborough, said: Nelson Mandela was my last hope for self-improvement.

I had to factor in the possibility that one day I might meet him and could therefore not allow myself to become irredeemably awful.

Martin Bishop, from Hatfield, added: I met someone who met him once and actually had a fleeting desire to try and impress them.

And they were not even remotely impressive, so thats powerful stuff.

Meanwhile, Jane Thompson, from Stevenage, said: Its like my lovely old grandpa who fought in the war has died – again.

The key difference being that grandpa had not forgiven anyone, never mind the Germans.

But Professor Henry Brubaker, of the Institute for Studies, said: You dont own Nelson Mandela. He was not your conscience. He was just a guy, doing his thing.

Scared the shit out of the racists though, eh? 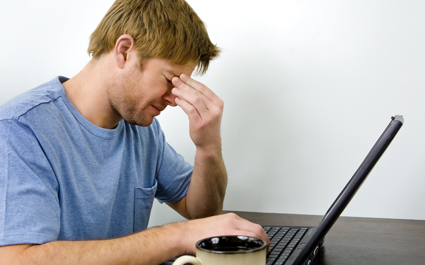 MILLIONS of consumers are regretting their actions on the brokest day of the year.

Across the UK, big spenders are sitting with their head in their hands, wishing they hadn’t got themselves in the shit again.

Joseph Turner of Nottingham said: I was up at 4am for Black Friday but for Broke On Arse Thursday I haven’t slept a wink.

“Thanks to going a bit mad on electrical equipment I’ve been charged £250 for returned direct debits, £500 for an unauthorised overdraft and £280 for missing a loan payment.

“Those are crazy, crazy prices that I just can’t ignore.”

A spokesman for the UK Banking Association said: Dont worry if you missed out this time  further exorbitant charges are available right through the month, and just wait until we double the interest on your credit card in January.