I don't even want Greenland any more, pouts Trump while playing with toy Greenland

PRESIDENT Trump has told Denmark that he does not even want Greenland anyway while sulking and playing with his beloved Playmobil Greenland set.

Trump, who cancelled a state visit to Denmark after they refused to sell him the autonomous territory, tweeted that Greenland is stupid and rubbish anyway while positioning tiny Eskimos around an ice-hole.

He continued: “Who wants to own a magical land of snow and ice and mineral rights anyway? Not me. And by me I mean ‘the United States of America’.

“Sure, I only heard of Greenland three weeks ago, when I noticed how big it was on maps, and certainly I’ve never been there or read anything about the place. But I kinda wanted it.

“Except that I don’t now because Greenland is no good, everyone is saying so, and the Dumb Danes are stuck with it and they’re the ones who look like idiots now. They really messed up.”

Trump has repeatedly called the Danish government while making a toy walrus burst from inside a toy igloo to fight a toy polar bear, with his last message claiming that he ‘would not take Greenland for free’.

Senior US state department officials then reminded Trump of the existence of Alaska, following which the president cheered considerably and called Putin offering him £42 billion for it.

Five great reasons to hate the Lib Dems all over again 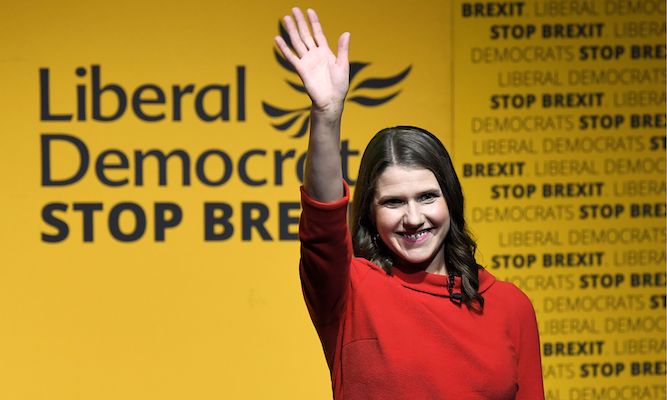 THE Liberal Democrats are making a comeback by once again sounding reasonable and sane compared to everyone else. Here’s how to justify your instinctive loathing:

Simply by virtue of being the only alternative when everyone is desperate, the Lib Dems are puffing themselves up about being a real political force again. No, it just seems like that when Britain’s not constantly screaming ‘F**K OFF!’ at you over tuition fees and propping up that w*nker Cameron.

New leader Jo Swinson – fourth in four years – and the rest all happily voted for the vindictive, economy-busting Tory policy of austerity to pander to ars*holes who watch Gypsies on Benefits & Proud on Channel 5. Those voters have moved on to Brexit now, so better get supporting that, eh?

It almost seems churlish to mention this now that Vince has returned to his gnome village in the woods, but boy did the Lib Dems big him up when he was business secretary. What did he actually do? No one can remember. He did wear a hat for a bit, much as David Lloyd George almost certainly did, but there the similarity ends.

The forgotten victims of the leadership’s constant tw*ttery are ordinary, Guardian-reading Lib Dem voters who are in favour of society being liberal and nice, and opposed to homelessness and racism. If you know one, give them a hug.

They can’t f**king add up

While Labour may be useless and the Tories have a majority that could be wiped out by the inevitable upcoming autoerotic asphyxiation accident, the Lib Dems have just 14 MPs. It’s like the Ewoks thinking they defeated the Empire.