BARACK Obama urged Twitter to postpone a planned upgrade so that Iranians could continue to exchange their meaningless thoughts about television programmes and clothes.

The US president stepped in, fearing the country's anti-government protests could fizzle-out unless millions were able to discuss their lunch plans as dismembered limbs flew past their office windows.

A State Department spokesman said: "It's encouraging that, while Iran struggles towards a new democracy, people can still chronicle the tedious and excruciating details of their lives after wiping the blood stains off their Blackberry."

Tom Logan, a security analyst who has been tracking the messages, added: "So far it's the same inexplicable, pointless bollocks you get over here but with marginally more references to effigy burning and humus."

Traffic from Iran has increased 250% since the disputed elections, with messages such as 'Iqbal says thx to all the guys in Karaj for hauling his car off the roof. U rock!!' and 'Shazia will see evry1 by the riot for a non-alcholic beverage l8ter, LOL'.

Other social networking sites, such as Facebook, have been banned in Iran, with some observers insisting it therefore makes it a much, much better place to live. 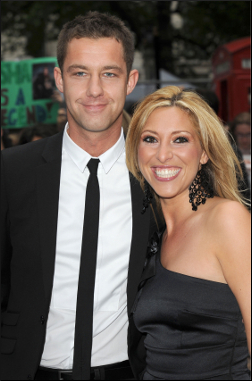 Amid reports the pair were now dating, scientists said that if the couple's DNA is not kept at least 20 miles apart it could combine to produce an army of gibbering, soulless freaks obsessed with their own shallow, pointless ambitions.

Professor Henry Brubaker, of the Institute for Studies, said: "Kate looks like a Ronsealed spaniel with a mouth you could lose a Range Rover in.

Professor Brubaker and his team conducted a series of computer modelling experiments to predict what a Kate-Phil hybrid would look like. "We reckon it would be shaped like a Toblerone," he added.

"The entire raison d'etre of such a creature would be to pathetically ingratiate itself with millionaires by performing a series of demeaning voluntary tasks, like bleaching dogs' scrotums on Clapham Common. Other than that, it would just hop around pissing people off."

But Professor Brubaker stressed it could have been worse. "'Remember Katie, the posh blonde harridan with a face like a blind child's drawing of a fried breakfast? Imagine if she tupped James, the gobby village idiot who looks like he should be playing a banjo?

"When we ran that through the computer we got what was basically a frog crossed with a rhino, covered in matted pubic hair, playing a banjo."