Israel bricking it after UK telling-off

Tel Aviv is in a state of wild panic after Britain called in the Israeli ambassador for a stern talking-to.

Political experts believe that if the British government were a solely Conservative administration, Israel might just be able to tough it out on planned settlements.

Faced with the combined might of the Liberal Democrats, however, it will inevitably be forced to back down.

Benjamin Netanyahu said: “We’ll go back to pre-1967 borders. No? How about pre-1947 borders? All right, look, we’ll just go move somewhere else.

“Belgium. Yorkshire. Just please, call off your ambassador and that frowny face of his, we beg you.”

Royal twins will lead to Man in the Iron Mask, say experts 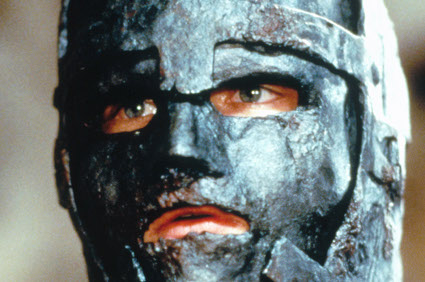 IF the Duchess of Cambridge gives birth to royal twins one of them will be imprisoned on an island and forced to wear an iron helmet, it has emerged.

The Duchess is suffering from extreme morning sickness, a condition more common in multiple pregnancies which, in turn, is more likely to lead to an Alexandre Dumas-style adventure, especially if the babies are upper class.

Professor Henry Brubaker, of the Institute for Studies, said: “It is 78% more likely they will be separated at birth and one of them sent to live with some peasant farmers.

“When the ‘rejected’ twin reaches 18 years of age there is a 92% chance they will be arrested without explanation and imprisoned on the Isle of Man. These days the mask looks like a motorbike helmet, but it is still made of iron.”