Jihadi John 'used to be a schoolboy'

BRITAIN is recoiling from news that ‘Jihadi John’ was, from the age of six to 18, a child who attended school.

Photographs of the ISIS terrorist wearing a school uniform have contradicted popular beliefs that he grew up as a masked Islamic extremist in west London.

“And rather than being that one kid in the class who wore an Osama bin Laden T-shirt on school trips and demanded all the girls be expelled, he played computer games and listened to S Club 7.”

Johnson added: “I haven’t had my world shaken like this since the last time I found out a serial killer was a quiet type who kept himself to himself, as opposed to inviting everyone round for murder parties.” 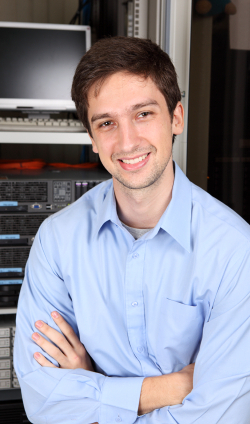 ED Miliband will take money from pensioners so he can bribe students who are going to vote Labour anyway.

Unveiling the ‘idea’, the Labour leader said he would cut tuition fees by taxing pensioners, ‘because they never vote, so no-one cares what they think’.

He added: “Students are the most popular and valued members of our society and every hard working Briton wants them to be as comfortable as possible.

“Pensioners in particular will be delighted to hand over money because they love to see young people sitting around all day doing cannabis and oral sex.”

Student Tom Logan said: “Like any normal person I’m going to vote Labour until I get a job.

“I’m a student and even I know this is a massively stupid idea, but it would be rude to turn it down.”