Mourinho alleges plot to make him look like a paranoid lunatic

JOSE Mourinho has accused the FA, UEFA, FIFA, and the Bilderberg Group of portraying him as some kind of conspiracy theorist.

After Nemanja Matic’s red card was upheld, the Chelsea manager lashed out at the shadowy forces controlling events behind the scenes to make him seem like a delusional maniac.

Unveiling his wall full of documents and photographs connected with drawing pins and red string, Mourinho said: “It cannot be coincidence.

“Jamie Redknapp’s tight-trousered insults, the baffling campaign by referees against poor Diego Costa, more than 16 penalties not given in a single game against Burnley – they are all connected.

Mourinho said that after his team lose to Tottenham in the League Cup he will present evidence of mind-control rays developed by the warrior priests of Atlantis. 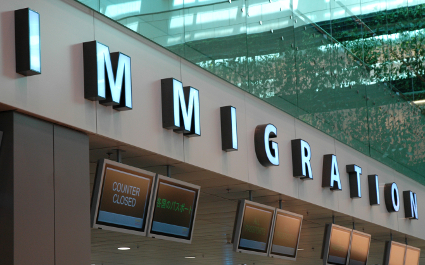 ECONOMISTS have warned that unless immigration is drastically reduced the UK faces the biggest boom since the 1980s.

Newcomers to the country are accused of failing to integrate to our culture of clockwatching, timewasting and leaving work at 2pm for a fictitious dentist’s appointment.

Dr Helen Archer said: “Diversity and multiculturalism are not bad in themselves, but the lack of respect for traditional British values – half-day closing, openly resentful service, tradesmen not turning up – threatens the livelihoods of ordinary, not-very-hard-working Britons.

“If we keep ignoring the warning signs, this country could very well find itself an economic powerhouse like Germany, where employees are simply not allowed to spend a full day at work on the phone trying to get Beyonce tickets.”

But historian Norman Steele said: “We’ve been hearing this sort of alarmism for years, from the Jews and the Irish to the Empire Windrush to the Pakistanis and now the Eastern Europeans.

“However, in time, each of these waves of immigrants has adapted to our way of life and, by the second generation, do fuck-all just like everyone else.”