PSYCHOTIC terrorist ‘Jihadi John’ is hoping ISIS does not have strict rules about maintaining anonymity.

As his real name was revealed as Mohammed Emwazi, it is understood the murderer will be frantically scouring the Islamic State’s Most Excellent Book of Wrong for anything that may be relevant to his new situation.

Intelligence expert Tom Logan said: “Now that he has a name and a face, Mr Emwazi’s colleagues will probably not want to be standing too close to him.

“I imagine he’ll be hoping ISIS has an HR department that will help him ‘transition’ to an insane administrative role at corporate headquarters.

“However, I suspect the Islamic State may not feel it has a ‘duty of care’ towards vulnerable employees.”

Logan added: “If only Mr Emwazi had pursued his original plans for a career in IT he would have the benefit of a well-trained HR team that probably wouldn’t be a bunch of raving fascist maniacs.

“And he could still have had a cool nickname, like ‘the Wazotron’.”

Unlikeability no barrier to success 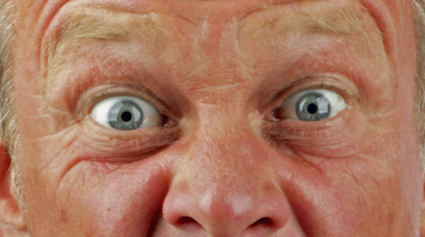 MORE unlikeable people than ever before are gaining promotion at work, it has emerged.

According to new data over 86 per cent of senior staff lack warmth or the basic ability to connect with other humans.

Customer Emma Bradford said: “It’s hard to say why he’s so unlikeable. But he really is.

“He’s really sarcastic but he doesn’t get jokes. That’s definitely one of the main reasons.”

Barmaid Nikki Hollis,who has worked with Hayes since he started, said: “When the old bar manager left, Wayne was interested in becoming the manager straight away. He’s the type who wants to be in charge of people.

“Which is one of the many reasons none of us really likes him.”