A TRUMP supporter has voted to make the government stop ignoring him and completely screw him over instead.

Sawmill worker Tom Logan felt left behind by mainstream politics and finds Lady Gaga annoying, so voted for a billionaire whose main interests are money, ‘pussy’ and himself.

Logan said: “Trump’s going to create well-paid blue collar jobs that are full of dignity and pleasingly masculine. I can’t wait to be a hunky steel worker taking home $150,000 a year.

“I know Donald won’t let me down, because why would someone lie about something that’s going to help them become the most powerful person in the world?”

However economist Donna Sheridan said: “Despite Tom’s optimism, Trump’s main business experience is getting idiots to do pointless tasks on a bullshit reality TV show.

“Therefore his economic plan is likely to be talking about jobs, realising it’s complicated, losing interest and then cutting welfare for all the people who still haven’t got jobs.

“Meanwhile his extreme stupidity will tank the economy, so in a few years Tom’s main job will be catching squirrels and cooking them on sticks in a ditch.

“Other job opportunities in the new America will include tooth puller, rat meat chef and crossbow-wielding encampment defender.” 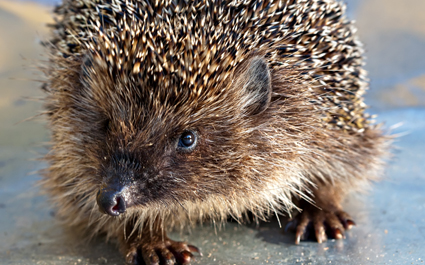 HEDGEHOGS have confirmed they do not like trampolining and children should not make them do it.

Britain’s hedgehogs attacked this year’s John Lewis Christmas advert, featuring trampolining woodland animals, warning that children would now try to kidnap hedgehogs and force them to bounce up and down.

Hedgehog Roy Hobbs said: “I accidentally wandered across a trampoline once. I hated it and I wasn’t even bouncing up and down. It was just all wobbly underfoot. Made me queasy.

“The hedgehog in this advert is not real. It is an unnatural, computer generated abomination.”

Hobbs added: “Hedgehogs are very much ground-based creatures. We eat grubs and roll into a ball for protection.

“In our leisure time we watch stuff like Bake Off and Orange is the New Black. The most excitement we have is the occasional game of Buckaroo!.

“Anyway, keep your brats on a leash or we’ll give them scabies.”