SUDAN was facing international sanctions last night after hacking off the little paws of a three year-old teddy bear.

The cuddly toy was found guilty of blasphemy after taking the name of the prophet Muhammad, in defiance of the country's strict Islamic teddy-bear naming laws.

A spokesman for the Sudanese ministry of justice defended the sentence, adding: "This is an act of mercy.

"Our laws demand that blashpeming toys be stripped to their underwear and stoned to death before their bodies are thrown into the desert as an afternoon snack for the vultures.

"By removing only the paws of this infidel we are demonstrating great restraint. This is a gesture of goodwill to you Western devils and your pornographic governments."

He added: "How would you react if your child named a teddy bear after Jesus, John the Baptist or even Tom Hanks?

"Would you not decapitate the toy, thrash the child and throw the teacher off a cliff to be devoured by ravenous killer whales?"

The United Nations and Amnesty International have called for the release of more than 2500 cuddly toys imprisoned without trial since early September.

A UN spokesman added: "Of course, some may argue there is no point in us keeping all these Sudanese children alive if they can't even think of a legal name for a teddy bear."

The bear was named following a classroom vote, with 'Muhammad' chosen ahead of 'Paddington', 'Baloo' and 'Al-Hassan, the Terrible Golden Sword of Righteousness'. 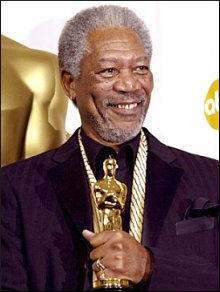 THE far-right British National Party is to abandon racism after listening carefully to the opposing arguments during last night’s Oxford Union debate.

BNP leader Nick Griffin said the discussion had convinced him that all human beings were of equal worth and that everyone was descended from the apes, not just black people.

He also agreed that black people did not smell really bad after being given a large African to sniff at the climax of the sometimes heated, but always good-natured, event.

Nikki Hollis, the American student who debated Mr Griffin, said: “He placed the African against his nose, breathed in deeply and then looked across at me, smiled and mouthed the words ‘I was wrong, you win’.

“The place just erupted. There was a huge round of applause and everyone was hugging, laughing and crying. I was holding Nick, he was kissing the African, it was really emotional.

“I think he was still in a state of shock, he just kept whispering ‘I’m tight with my nigger’ over and over again. It was the most moving experience of my life.”

Mr Griffin said he now believed the human race to be 'one big happy family' and saw no reason why everyone could not just live together in peace and harmony.

He said: “I watched perform here tonight a most accomplished African band, not only were their compositions very advanced but they also had the most fantastic natural rhythm, just like white musicians.”

However, Mr Griffin said he had avoided visiting the urinals with any of his new black friends. “They’ve all got such gigantic cocks,” he said. “How splendid.”