NOBODY in the UK wants to be the first kn*bhead to ruin the new year by bringing up f**king Brexit, it has agreed.

From Aberdeen to Penzance, Britons are trying to stick to topics like ‘How was your Christmas?’ and ‘Did you see that Dracula?’ for as long as possible.

Print manager Emma Bradford said: “It’s been lovely, not thinking about it. Why not let that last just a little longer?

“It’s been so nice to be able to go an entire night down the pub without anyone arguing about leaving or remaining. Without all that wondering what’s next.

“We had a chat about possible war with Iran at the water cooler and I was dreading it coming up but thankfully it never did and we were able to keep it light and fun.”

Historian Dr Helen Archer said: “History shows us that the best way to prevent major political events bringing you down is simply to ignore them.

“The best way to avoid Brexit is not to mention Brexit. Oh damn it. Sorry.” 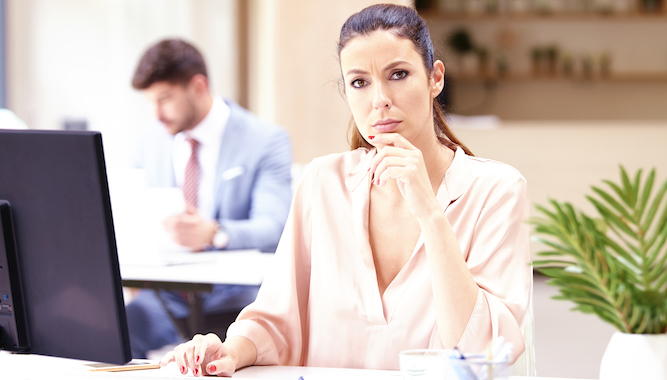 OFFICE workers across the country are struggling to get used to restraining their flatulence again, they have confirmed.

Nikki Hollis of Reading said: “I’ve been letting rip for a fortnight. They’ve only got longer, richer and more resonant as the holiday’s gone on. I’m not confident I can stop.

“It’s such a jarring change of pace. I can’t concentrate on work because I’ve always got one brewing with no avenue of escape.

“I was in a video conference earlier that felt so much like being at home and watching TV that I almost let one go. Would’ve been bad, too.”

Colleague Stephen Malley said: “Even if you get up and head to a quiet corner they’re all either occupied or reeking with recent use. The build-up of gases at the top of the emergency stairwell is frankly dangerous.”

The UK’s freelancers and remote workers have reported no such issues and have continued guffing foully into their pajamas all day as usual.