North ‘must do better as a hemisphere’

NORTHERN hemisphere patriots are undergoing a bout of soul-searching following their half of the planet’s poor rugby performance.

Traditionally, the north of Earth has looked down on its southern counterpart as soft, sun-soaked and too full of water to be either use or ornament.

However rugby chants such as ‘No world wars except for an anachronistic skirmish in 1982 and one World Cup’ have come to ring hollow following its poor showing in the world cup.

Tom Booker of the Northern Hemisphere Independence Party said: “For too long, we’ve been taking in too many migrants from the Southern hemisphere, thanks to poor border controls at the equator.

“They come over here with their anti-clockwise ways, taking our bar jobs and opening their steak restaurants, and then they have the cheek to beat us at the sport we invented.

“If it wasn’t for us, the south would still be hurling penguins and manhandling marsupials for sport.”

However Swindon-based rugby fan Julian Cook said: “I’ve simply switched my allegiance to the southern hemisphere. Although I don’t live there I identify with their laid-back values and moreover they are currently the best at a sport that I like.”

Teenager determined to explain the plot of 'Mr Robot' 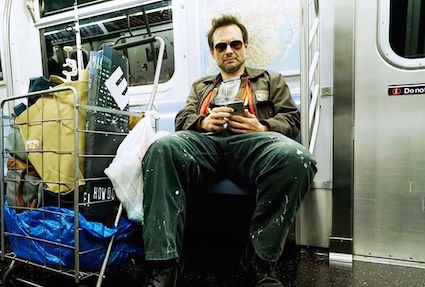 A 13-YEAR-OLD boy is telling everyone he encounters about TV series Mr Robot.

Stephen Malley, from Lincoln, watched the entire cyber-hacking series last Sunday when he was supposed be doing a geography project.

He told people sitting near him on the bus next day: “It’s absolutely mint. There’s these computer hackers who want to destroy all the data tapes using the central heating because the weird foreigner in the suit who watches women on the toilet is involved in a conspiracy to cover up cancer.

“I don’t want to spoil it, but there’s things that are happening in the past only they seem to be happening now because the main character is taking drugs and the Mexican who’s in jail has kidnapped his girlfriend and he is frightened of the Chinese man in the dress.”

Malley’s mother Anne said: “This is somehow worse than the week after he watched Interstellar. It’s debilitating.”

His father David added: “Some friends of ours got divorced because their 14-year-old son kept trying to explain Donnie Darko.”